Sure it has been a little while since Comic-Con and news has been dead but we’re here to kick game back up a little while we wait for the latest info from Valve. Unfortunately future play testing for us does look limited. I managed to get a hands on at E3 and at Comic-Con, but I don’t think we’re going to see a preview build in our Steam list this year as the game has so much attention already. We will have a review once it lands though.

At E3 we hit the French Quarter with guns blazing, health packs equipped and fire axes ready to rumble. The game was fast paced with large swarms operating from multiple angles. The melee option was troublesome and slow with large groups making it hard for one to pull their own weight in a fight. One false move and a player was zombie bait hoping to escape to their friends before they got mowed down.

At Comic-Con things spiced up with the “I hate you so much for this” Mudmen, why do I hate them so much? The reason is simple, Mudmen attack with melee and eventually clog up the screen with a film making it incredibly hard to figure out what you’re doing and in the event of a swarm this means the player has to shove like crazy hoping that in the end their friends will have protected them and that they don’t get mauled in the process as the screen clears up. For some this may feel like a move out of an arcade shooter but really it works in the moment. The other big shift was that the melee in the game seemed to take a back seat, weapons were there but the swarm response seemed slower and staggered for those packing melee special items to allow players to have a chance while maintaining their rules about recharging energy. Lesser attack groups and a focus on accuracy to survive works for the game but really I could do without it, in a zombie outbreak I think it would be funner to let the silly person with the frying pan get eaten while the survivors escape loaded to the teeth with ammo and grenades.

Let’s hope we see some more news for Left 4 Dead 2, right now Crash Course is slated to arrive this September to hold Left 4 Dead players over until the sequel hits this November. 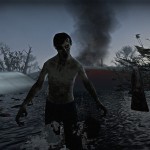 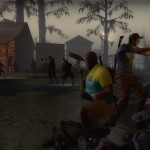 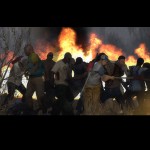 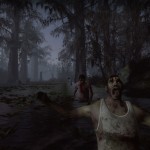 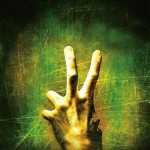 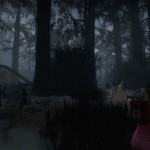 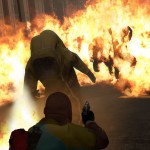 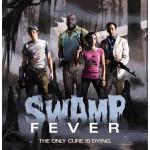 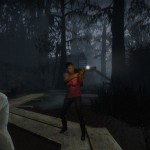 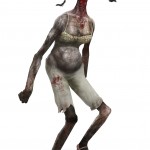 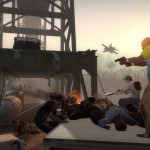 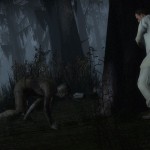 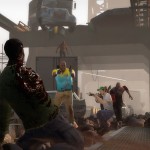 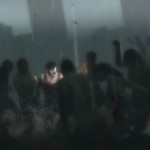 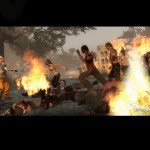 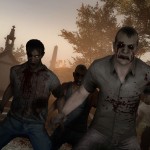 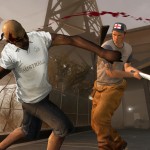