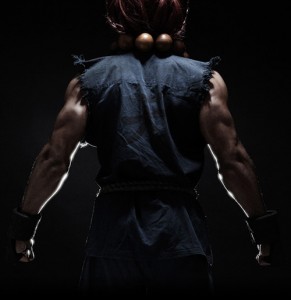 May 6th, 2010  Joey Ansah actor and martial artist made a short film street Fighter legacy  that has sparked a hugh push of fans wanting to see a full feature movie. Why are fans excited ? Cause its only done what the last Street fighter movies hasn’t done and that’s stay true to the game its self to the moves, clothes  and ken’s trademark eyebrows, Ansah has said in a interview “As an actor, film maker and a fan, I have been repeatedly disappointed by the many diluted, unfaithful and outright butchered movie adaptations of fighting video games”  and as a big fan of the Street fighter series he  knew that only a die hard fan director or film-making team with the game knowledge could do it the right way so he step up and to many fans opinion’s did a great job. Stars of the short are John Foo ( who plays Jin Kazama in live action tekken movie)  as Ryu ,Christian Howard as Ken Masters and writer and director Joey Ansah as Akuma.

While its only 3 mins long the fight choreography was done great the special effects was done nicely to say its fan made film, in the end true fans can appreciate
the time and effort he put into this project.  Checkout the video and you’ll see why fans want to turn it to a full length movie…..