RAGE is coming, not just in game form or in daily response to ill omen. Rage is coming in comic form thanks to Arvid Nelson and Andrea Mutti to show off the post-apocalyptic future of the game and explain a bit about it. Dark Horse Comics has a history of taking on the unlikely candidates in the comic realm, giving chances to young artists a chance to tell their stories and even experimenting with unique fiction from abroad.

Rage is set to span 3 issues and act as extension of the game universe that the storyline might miss when it debuts later this year. Readers will be treated to a story of survival of survival at all costs with military factions in control of the wasteland known as Earth.

For those wondering how messed up and dark this world is check out some of the game screen shots to give an idea of what’s in store. After that just hold on until June 22nd for the first issue to arrive in stores and continue each month until September when the game will be released. 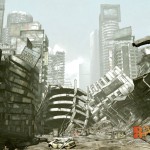 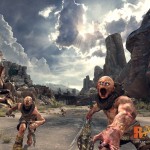 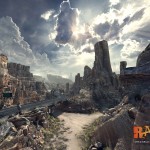