As a long time X-Men fan there is a natural tendency to forgive story lines that might have been unfinished or clumsily concluded. Most often it is simply that a new writer is coming on board and the main plot points need to be tied up. Sometimes this can cause confusion or just a general wtfness. This is a list of some story lines and plots that were either confusing, poorly explained or just plain pervy.

Ahab was originally supposed to be Cable from the future. 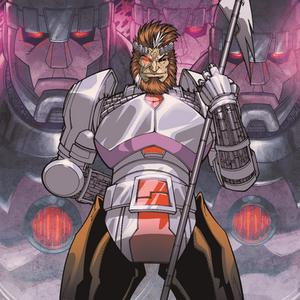 I’m actually not related to Cyclops.

Ahab was introduced in the “Days of the Future Present” crossover between the X-Men, X-Factor, The Fantastic Four and the New Mutants. He was responsible for creating the hounds that tracked down mutants for the Sentinels. His first and most useful hound was Rachel summers. On a side wtf, Rachel is Cyclops and Jean’s daughter from an alternate future. Ahab was just a normal time traveler, not an inter-dimensional one. Not sure how it would be explained that he was cable with that plot hurdle.
The plot got as far as an exchange during a fight between cable and Ahab. During the battle, they are face to face when Ahab asks Cable, “What’s the matter? See someone you know?”

This would have led to a strange reality that meant Cable was destined to be a supremely evil bastard who not only helped the Sentinels track and kill mutants but mentally destroyed his sister to force her into helping him do it by making her the first hound.
It worked out for the best that he become Cyclops and Madelyne Pryor’s son, Nathan and getting infected with the techno-organic virus. This lead to Stryfe and baby Nathan being sent to the future. Plus, X-stories are always better when life is kicking Cyclops in the nuts anyway.

Wolverine and Sabretooth are not related!! 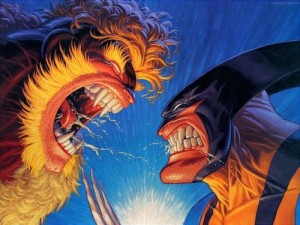 Although the original plan was for a papa Sabretooth and Wolvie Jr story line, it just isn’t so. This was an ongoing plot point for a while. It was later disproved  out right with a blood test done by SHIELD  in Wolverine #42 that found there to be no relation whatsoever. In the X-men origins: Wolverine movie, they are supposed to be brothers or half brothers but the film was more or less a big steamer. So the official story is, no relation. 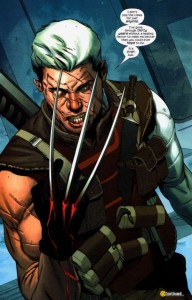 The idea was interesting at first, it was tough for new readers to be  current on 40 or so years of X-history. A reboot would be a nice way to bring people in.

The main problem is that these new stories bled into the movies. Here is where the wtf starts. First…

Juggernaut is not a mutant!!

In the Ultimate series it seemed like just about everyone was in the weapon X program. You had the usual’s like Wolverine and Sabretooth but also Rogue, Jugs and Night crawler at one time or another. Also, the experiments done to Wolverine are what caused the X gene. Yeah, really.

Everyone remembers how hot Rogue was in the green and yellow. So where did this goth chick  also named Rogue come from? Yup, another ultimate “contribution.” Oh and Wolverine is also Cable. wah wah wah 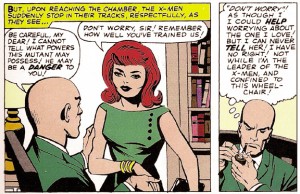 The idea wasn’t abandoned but thank god it wasn’t every entirely explored! In the monologue the Prof has, he says being the leader of the X-Men and being in the wheelchair are what is holding him back from sharing his feelings.  Well its a shame that only those things are holding him back. Good thing her being a  teenager and him being in his 40’s wasn’t one of his hang ups. She couldn’t have been older than 16 or 17 at the time and it was revealed later that he had actually been tutoring her privately for years prior to her joining the X-Men. Pedo… I mean, Prof X didn’t have to worry about Magneto. He should have been on the lookout for Chris Hansen.

There are many other head scratchers so let us know your favorites below!