Current Round-Up of the Recently Revealed SDCC Exclusives…More To Come!

Current Round-Up of the Recently Revealed SDCC Exclusives…More To Come!

It’s almost that time of year again where deodorant is sparse and perspiration is aplenty.  Comic-Con is right around the corner, July 21st to the 24th to be exact.  There is some news, although undoubtedly, over the next few weeks more news will surface and we will quickly see how in debt we will be by the end of July! 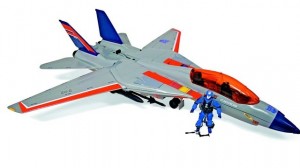 The most buzzed about so far has to be Hasbro’s Cobra Commander and Starscream exclusive.  You read that right, G.I. Joe AND Transformers all in one!  Cobra Commander flying around in Starscream, crossin’ over just blowing everyone’s mind.  The price for this has yet to be released but chances are it’s not going to be cheap. 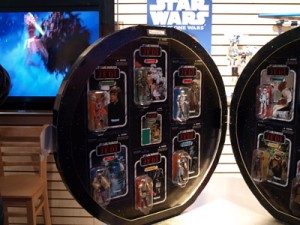 station.” Well, not quite but its still pretty cool.  Hasbro is also releasing a gigantic Deathstar.  The Deathstar is really just the box, inside the awesome box are 12 Star Wars figures.  These are not your run of the mill “Return of the Jedi” figures, they are “Revenge of the Jedi” figures.  Hasbro has been releasing a retro Stars Wars line for awhile now and these are obviously in line with that.  The line for this exclusive will be around the entire convention center (maybe I exaggerate) so get it if you can! 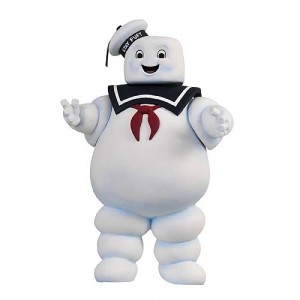 g everyone’s favorite part of a S’more, the Stay Puft Marshmallow Man.  This guy is huge, 20”, and super adorable.  He is a bit pricey, $70, but c’mon he’s the Stay Puft Marshmallow Man!!    Those who not be attending Comic-Con are not out of luck,  Mattel always offers their exclusives(after the convention ends) on their website mattycollector.com for those who are not able to attend the convention.

Entertainment Earth: Booth #2343 These can be bought at the convention or can be pre-ordered at entertainmentearth.com

I will be updating as more news comes in!