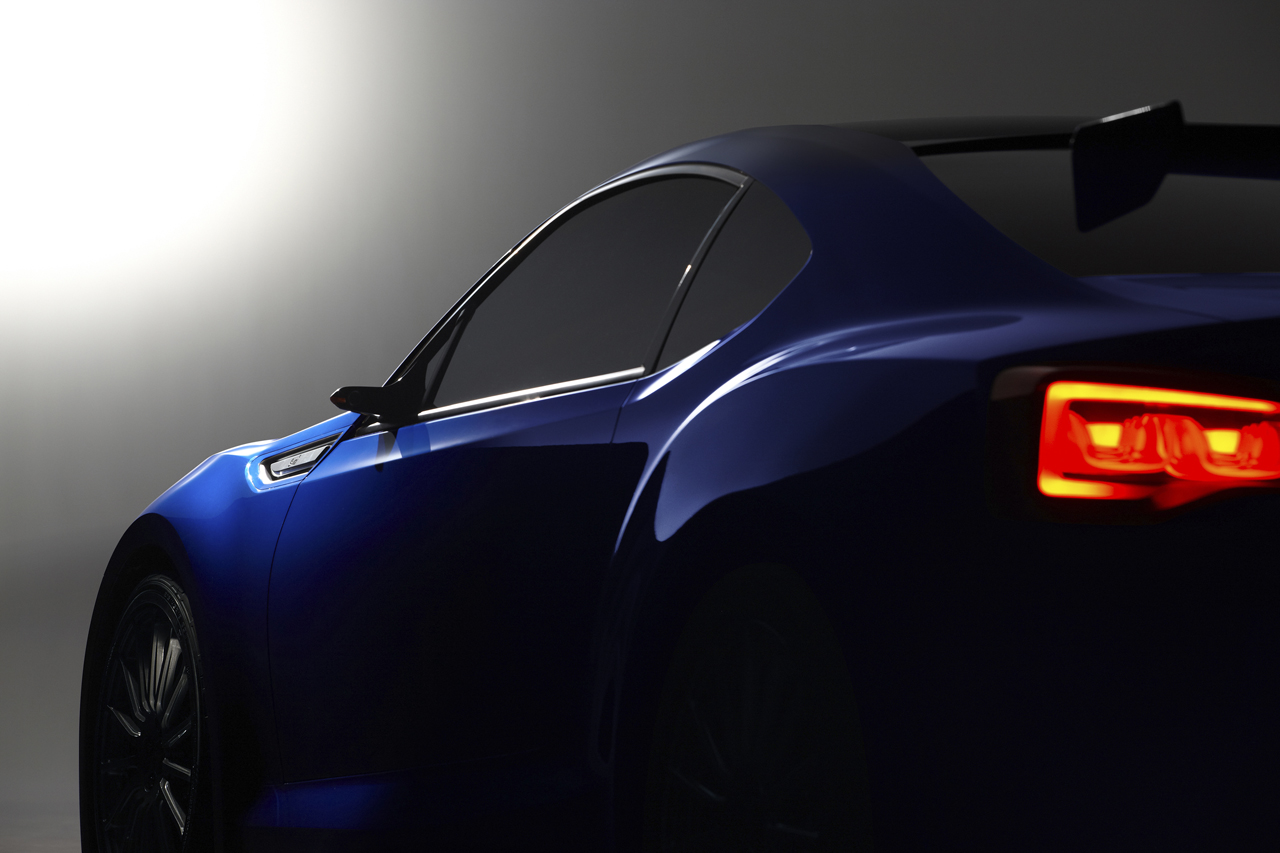 While we’re closing in on the LA Auto Show reveal, Subaru has taken mercy on eager auto enthusiasts waiting to get a more realistic view of their new FR sport coupe, today we have some pictures of that. and also a press release that still lacks any information on the engine performance. Catch the release using the tag below and check out 11 pictures of goodness after that of the BRZ STI Concept.

Tokyo, November 16, 2011 – Fuji Heavy Industries Ltd. (FHI), the maker of Subaru automobiles, today unveiled the world premiere of “SUBARU BRZ CONCEPT – STI -” at the 2011 Los Angeles International Auto Show. (Press days on November 16 and 17. Open to public from November 18 to 27 in US)

The “SUBARU BRZ CONCEPT – STI -” is a concept car based on the “SUBARU BRZ”, an all-new rear-wheel drive (RWD) compact sports car developed from an ongoing joint-project between Subaru and Toyota Motor Corporation. By making full use of the Horizontally-Opposed Boxer, Subaru’s core technology, this concept car further pursued a “Pure Handling Delight” driving experience that can be realized by the Boxer engine’s low center of gravity. Combined with motifs of Subaru’s iconic performance brand “STI”, the concept car embodies an ultimate handling performance and symbolizes the possibilities the SUBARU BRZ holds for the future.

Styling
• By installing the Boxer engine as low as possible, the low hood and sleek roofline together compose a sophisticated form. This is also blended with STI performance touches for a Subaru sporting profile.
• A hexagonal lower front grille, hawk eye headlights and fin-shaped fog lamps make the front face instantly recognizable as Subaru.
• STI-made lower front spoiler and rear wing magnify down-force and aerodynamics performance. They allow stable straight driving and excellent handling at high speeds.
• The rear design with bold rear fender flares, large rear-diffuser, and twin dual tailpipes intensifies the STI performance feel.
• A carbon-fiber roof, already installed in a WRX STI model and highly acclaimed, has been employed by the concept car. With it, extra weight reduction and an even lower center of gravity were achieved, contributing considerably to the ultimate handling performance this concept model aims to offer.
• The lively exterior color “WR Blue Pearl II” is a new generation of the iconic WR blue paint scheme that emphasizes the racing image.

Engine
• The Boxer engine has inherent qualities of light weight, compactness, low center of gravity, and high rigidity – all pointing toward its great potential as a sports car engine. Taking full advantage of these features, a 2.0-liter horizontally-opposed four-cylinder direct fuel-injection gasoline engine has been developed exclusively for BRZ.
• The engine has been designed with a square bore and stroke of 86 X 86 mm. Combined with Toyota’s D-4S direct injection technology (fuel injection system), high output and high environmental standards were both attained, both expected of a new generation sports car.

Chassis and Body
• Compared with other Subaru models, the engine in SUBARU BRZ CONCEPT – STI – sits an impressive 120 mm lower and is positioned 240 mm closer to the center of the chassis. As a result, this car has achieved one of the lowest possible center of gravity in cars on the market today.
• By incorporating lightweight parts such as a carbon-fiber roof, the overall weight has been reduced. Subaru has also succeeded in attaining a body structure that is both lightweight and highly rigid in a striking balance. The concept car is the embodiment of pure driving enjoyment only obtainable with a “Boxer sports car”.
• Its unique handling performance has been remarkably refined by adopting STI’s lightweight 18-inch alloy wheels with performance tires and STI tuned suspension with excellent lateral stiffness.
• Brembo brakes enhance braking performance. 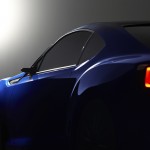 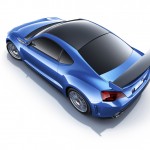 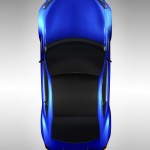 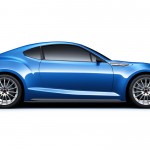 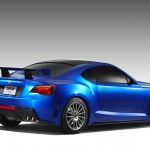 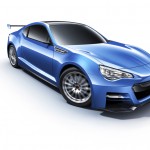 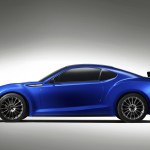 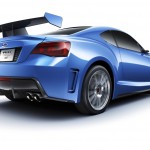 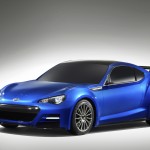