Outplay is bringing Tricks and Booty to your Facebook apps

Outplay is bringing Tricks and Booty to your Facebook apps

Okay so it’s not as bad as the headline sounds, Outplay Entertainment is a new casual gaming company hoping to get some gamer’s to check out their new releases on Facebook. The two titles in question are Word Trick and Booty Quest, yes I know I know, I had to go over that a few times as well.

Booty Quest takes players into a classic Bejeweled format of chain attacks to survive. You grab all the booty you can find to score high and gain multipliers in each round, you’ll be racing the clock so you’ll need to move fast to set the bar for each conquest. As a game that combines simple mechanics and booty, it’s hard to go wrong just based on that information. From the screen shots it looks like a solid offering for players hoping to get some quick enjoyment without the fuss or hassle that come with higher profile offerings, you grab as much booty as you can and get out after you set your score. 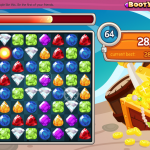 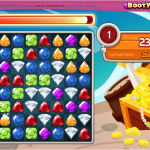 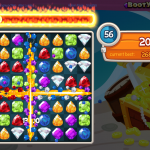 Word Trick is just as simple, it’s a scrabble type game that will hook users of words with friends and other popular word games. You can challenge friends or random opponents for a battle of the brains or at least others that spam google for word help like no tomorrow. Popular features are in Word Trick including Chat and Status updates when your opponents make a move. 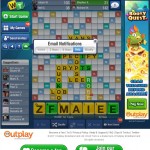 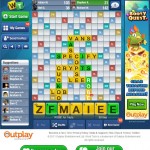 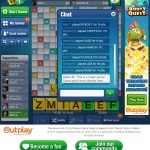 Both games are available now on Facebook, I suggest you enjoy some Word Trick and cool off by getting your fill of Booty Quest before calling it a night.