Counter-Strike is back, many have already gotten a shot at the beta builds of Global Offensive during conventions earlier this year but now its time for a larger scale beta on the PC. We were lucky enough to get in on this beta event and report the balance and design of the game back to you guys. The problem of course is that the only levels available are de_dust and de_dust2 with a limited choice of weapons, it will not be a full preview but we’ll do our best to get the points available covered.

We’re still on the Source engine but the difference is simple, every model, level, shader and inch of the map will be honed to utilize the new engine to the fullest. While past maps in Counter-Strike: Source attempted to harness the design of the new engine, de_dust and the rest of the line-up will dump the old blocky designs for HDR and increased poly models of everything in the map as well as new textures to sharpen the final look. Many that have played it so far have referred to the game as a Left 4 Dead Counter-Strike, much of that inspired by the flow and flaming molotov option in each round.

Graphically we’re limited to dust themes, it still has a lot to show off simple because the redesign is so severe. Take a look at the comparison gallery below to help illustrate how far forward Hidden Path Entertainment is taking everyone with the visuals.

When playing through Dust and Dust 2 the old plain themes are gone, the color intensity has taken a huge step down as well. What was once a sandy flood of gold is now washed out, filled with buildings instead of walls and a gritty air and scaffolding all over. Inner passages have changed from carved or brickwork tunnels to structures and detailed rooms. If they can flip dust around in such a manner, one only has to wonder what Hidden Path will do with the rest of the Counter-Strike favorites.

When I stepped into the first night of the beta it was a nightmare, the AWP was dominating each map with increased accuracy levels for run and gun and general movement. Instead of the harder weight handicap and no-scope penalty on accuracy it was handling better than a scout in many instances, so often so that it was impossible to play without frustration. After a few days it feels like the game has balanced out, the AWP is still a monster but the balance has shifted and the other weapons tick away at health bars finally this is beta though and Hidden Path Entertainment is tweaking the game along the way.

Offense isn’t the only change in GO, players will notice a balance shift from weapon damage and a slightly longer lifespan in the game, while armor was made of rice paper before there’s now some level of buffer in Global Offensive. If you get caught with your pants down reloading though, no level of armor will stop a Desert Eagle from ripping through you at point-blank as you shuffle for a weapon. In the load out screen they’ve opted to leave out armor / kevlar and shields again which may upset some users but the map design and speed allow for even more effective cover now. Outside of that, the buy system is largely the same, just in a circle form but still allowing for users to fast key their purchases with keystrokes just as in all past versions.

Experienced Counter-Strike players will need to adapt to the adjustments for the hitbox, headshots do require a bit more finesse as they’ve tightened them slightly and long distance pistol one-shots are slowly becoming a thing of the past. Recoil is still a pain on AR and SMG weapons, kneeling still helps tighten the cross hair for a brief moment, I would suggest using short burst fire to control the damage radius if possible.

The game is also limited to 5v5 matches right now, a bit of a nightmare for anyone who played in larger circles but hopefully the next waves of the beta will showcase larger match capacity. 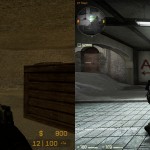 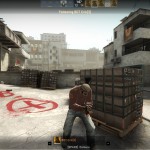 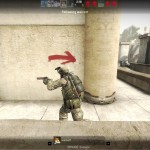 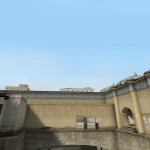 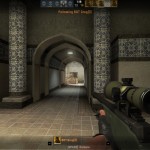 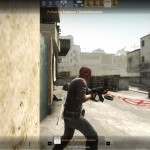 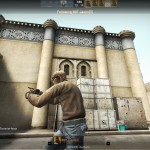 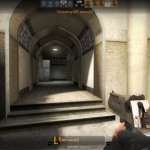 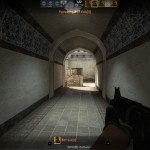 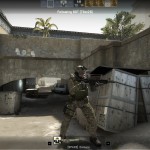 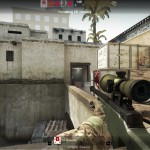 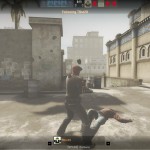 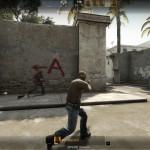 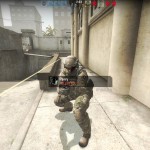 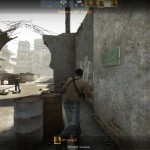 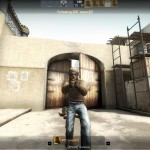 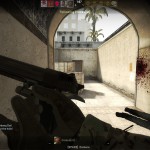 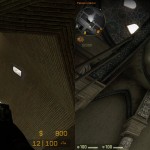 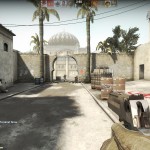 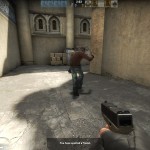 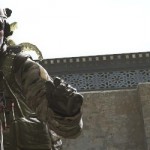 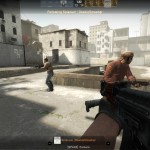