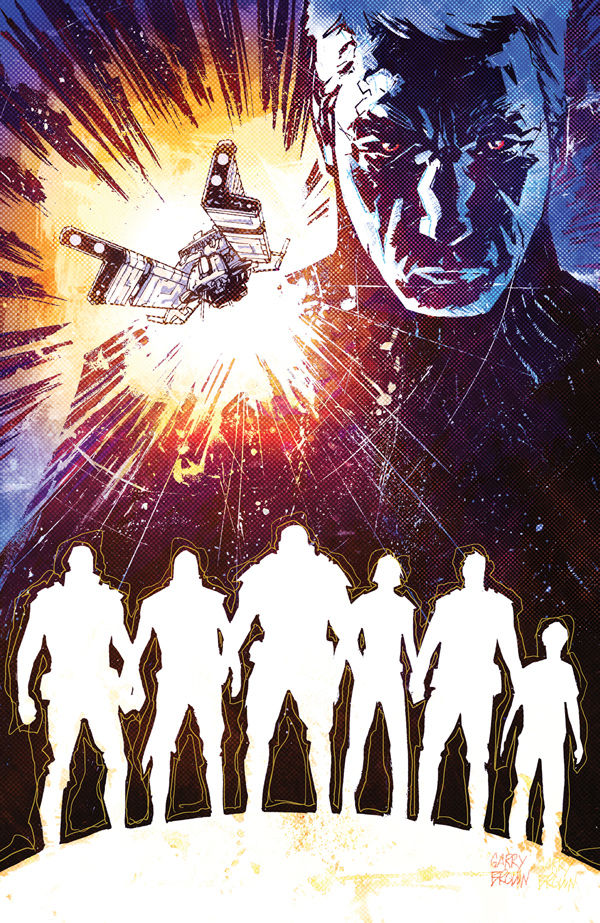 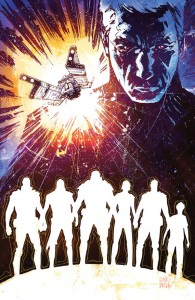 Joseph Mallozzi and Paul Mullie are back at it, once writers for Stargate, they’re now pushing forward with a new experiment of Dark Matter. Six passengers are in stasis in a bleak ship with their vitals fading and the darkness closing in.  Suddenly a break hits and they’re thrown out of their sleep into the void inside their ship. They not only have to face the unknown of their environment but the mystery of their own past lives as they are clueless to their origins.

The duo creates an air of darkness  that sends a chill down the spine, from the first pages there’s an unsettling feeling on the ship. As new characters are introduced the tension remains as no one knows who they are or where they’re at. In a sense it’s space madness on the verge of release, but instead of keeping it so simple they’ve managed to throw in a few twists. The result of the twists makes memory issues the least of their concern as they plow right into conflict.

The art is solid, Garry Brown delivers a great environment from the start, we get space as a murky void filled with stars, a ship of ambient lights and raw hallways. So often there’s magical lighting everywhere in a ship making it crystal clear, in Dark Matter it’s like riding on the bare minimum to get by. Stylistically the rapid strokes create shadows and depth add to the darkness in the scenes and the tension in the air. The color palette rides with just enough saturation to let the story meld with the art and drive home a great sense of immersion.

Dark Matter touches on paranoia and a massive sense of unknown, anyone who might have questioned if Mallozzi and Mullie had fallen off their game can rest easy. The story delivers and I’m trying so hard not to spoil the goodies within, if you’re unsure I would say check out the preview pages out when they reach Dark Horse Comics for a dose of this new 4 part adventure.