We’re always doing crazy things at Bamfas, pursuing coverage of the things that spark our interests the most. Today I bring you a review on the HTC Rhyme, a new smart phone hitting the lineup in the Fall update for their device line. It’s a mid-range phone aiming to tackle customers that aren’t ready for 4G yet but still want a sleek phone with power. Unlike past mid-range models like the Ally, the Rhyme packs 1GB of storage and 768MB of ram, it’s a healthy upgrade that allows the phone with its 1GHz Snapdragon processor to run most applications out there without a ton of lag.

Unboxing the Rhyme is a process, you remove each piece in layers, the phone first, the manuals, the accessories and the dock are all in neat compartments. I’ll go through the list so you can get an idea of the goodies and what they bring. 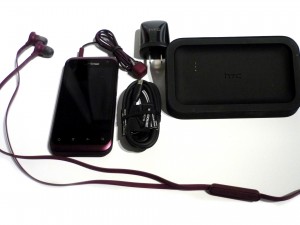 Earbuds / control pod / microphone – Tangle free headphones are always handy, in this case they’re a bit lackluster, poor sound definition but snug fit make it an odd pairing. Unfortunate as they don’t look horrible and they fit well, the mic is able to pick up sound without trouble and the control pod has no issues either. Had there been a little more invested in the drivers for the earbuds they could have been a contender.

Charm – What is there to say, it’s an attachment for your purse or carry-all bag / murse. The point is to illuminate for calls and messages that pop up, unfortunately this is all that it does. It’s a cool idea and in the evening or darker areas it’s bright but outside of those atmospheres it lacks in potency to actually warn about incoming or missed items. Also the lack of ability to set it up for email or gmail is really annoying.

USB Cable and Plug – Absolutely… standard. They work perfect and the only issue might be the actual charging plug pointing straight out with the USB cable, personally I had no issues with it and it charged perfectly fine. I do enjoy that HTC took the extra step to gloss the plug though instead of using an old design.

Dock / Cradle – Loving it doesn’t cut it, bluetooth connections allow music and movies to sync to the dock and play out of the speakers inside of it. It also allows for the ultimate speakerphone to assist in your day-to-day, no holding the phone to clear the mic, it’s extremely sensitive and it works. Clarity and volume will never be an issue with this unless you’re already overpowering it with sound. The only issue I would bring up is the charging lag on the dock, powering all of those additional accessories does mean the phone takes a hit for charging time. Either way it’s a perfect accessory and probably the only one I would directly request again, perfect for movie watching, clock setups or just having netflix play while you work.

With the basics of the box covered, lets jump in to explore the rest of the HTC Rhyme. 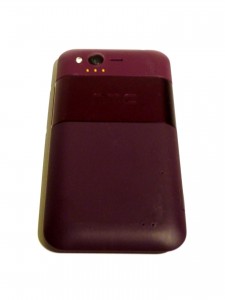 The Rhyme isn’t for everyone, while it’s sleek and powerful it’s also Violet / Purple. In the debut photos it came in 3 possible colors but it seems Verizon and HTC opted for the most questionable of the bunch to market it. Personally the color isn’t a big issue and part of that might have to do with the fact that I just wrapped up Saints Row: The Third and was decked out in the color. For thickness it’s extremely thin at 0.43 inches, matching roughly at 1.5 pencils thick. the screen comes in at 3.7 inches and runs top to bottom with capacitive buttons at the base. The biggest thing about this phone is simple design aesthetics, the USB port tucks away into the removable case, the volume rocker is discreet and matched in, even the battery integrates to reduce on bulk and the power button sits with just a minor bump on top.

Personally I would have liked for HTC to include a removable battery but the target demographic isn’t enthusiasts and they go out of their way to make it as discreet as possible. When Android hit Verizon I had the Eris to start with, a pleasant starter phone that suffered from hard buttons a trackball and capacitive buttons with a raised rocker and chrome accent band around the middle. It was for the harder core of the crowd that didn’t want to step up to the Droid or couldn’t swing it back then. This doesn’t even feel the same though, it’s refined and easy on the eyes, in the pocket it slips out just for a quick text and then its gone again.

Dual core phones are the next evolution or at least slated for it, quad core are even in the works by some companies which should make the enthusiasts cheer. For the casual user it’s a hard sell to push the idea of their 1GHz CPU no longer being up to par, in most games a Snapdragon gets the job done and so there isn’t a sense of lag or stutter to be had. The Rhyme falls into this group, it’s not a Droid killer but it never aimed for the throne, as a past user of mid-range phones it can be said the Rhyme leaves phones like the Eris, Devour, Ally and more in the dust for the same class performance. The power is solid and the download speeds are fast for what it is, 802.11 standards are supported up to N for max WIFI speeds and the 3G is no slouch.

The following titles were run for stability and performance testing.

While synthetic benchmarks are a great chart for power, it’s not something that really applies here. The GPU and CPU of the Rhyme are enough to run what have been hardware breakers for some phones. Dungeon Defenders is the most recent and most demanding of the bunch as it’s powered by Unreal Engine 3, yet even with that the Rhyme keeps pushing forward through the game. A game bug crashes Dungeon Defenders on the Rhyme now but it has the power to run it stable and without a flip-book rate of motion. 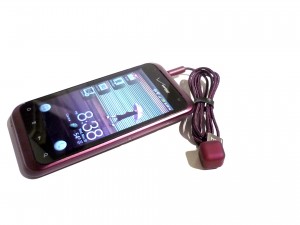 When I started with Sense I could appreciate the custom design elements setup to make the days a little easier. Basic applications tweaked from their default Android parts looking a little more showy and a little better in options. For the most part, these applications were largely  useless though including the social network features way back then. Coming into Sense 3.5 is a wave of fresh air though, the UI is still simple but they’ve thrived to make the whole experience easier. The main panel is actually a single widget element. The date, time, weather, camera, email, messages and calendar are all in micro form with a touch of class to keep it simple.

Sense was often a memory hog in the past, it still does consume a lot of memory but the available RAM makes it so you rarely feel the pinch from the overhead. It’s a method that works in modern phones and honestly I wouldn’t be so quick to jump ship for a new CM branch this time. In the past I’ve had memory issues, phone lag and other elements dragging me down, this time I really only want a few root apps and the rest doesn’t really matter nearly as much to me. Sense just feels comfortable and so refined in this version and I can finally see myself not fighting the system for the basic functions and behaviors I want from my phone.

The camera on the HTC Rhyme comes in 2 varieties, you have a front facing VGA camera that shoots stills and video, you also have a rear facing 5mpx camera shooting stills and 720p video. Unfortunately you also get a Class 4 memory card that may record footage just a bit too slow. For those worried about night shots, the rear camera also packs in a super bright flash able to illuminate even the worst dark shots. Normally the distances for these is about 1-2 feet of space, the Rhyme for shots gets about double that with decent light at 3-4 feet as well.

That isn’t the end of the questions though, many want to know how the Rhyme holds up for image quality. Coming from the Eris I can say I’m stumped by how some of these images can come out so clear, also I want to highlight the noise level per shot for the camera so people know what they’re getting into.

The HTC Rhyme was rumored as a womans phone, honestly it’s a phone for anyone, given that the charm is largely useless and the headphones are poor quality you’re left with a black dock packed with amazing features and a USB charger. At first I wasn’t sure what to make of the Rhyme, after a few weeks of use I know exactly what to think of it, pure amazing technology. It’s a powerful product that graces a section of the market that often gets the scrapped ideas and underwhelming models. Instead of feeling like this is a sale or bargain phone, I feel as if I’m current with the generation finally.

HTC has a winner on their hands, hopefully they can keep up the formula for the mid-range audience. Strong battery life, a powerful camera setup and a sleek body make the Rhyme a phone for not only the casual market but the curious old phone owners as well. Given the years of lesser middle of the road phones the Rhyme delivers where everything else fell short. The phone sells for $199 online but you can get it for as little as $49 on a contract from stores like Target. 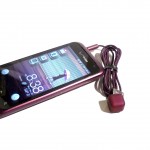 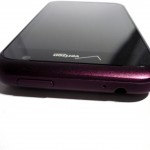 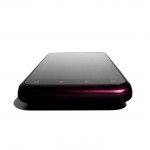 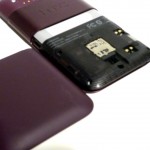 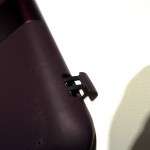 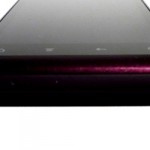 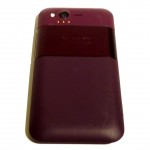 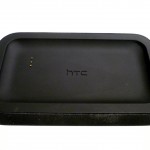 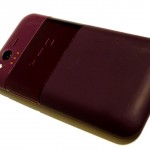 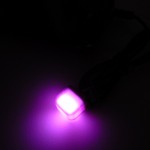 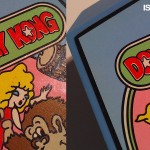 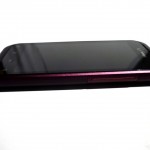 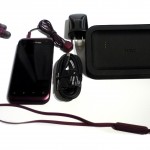 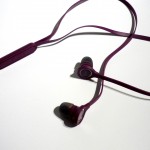