Team Ninja has odd timing but we’re not going to question that, instead we’re bringing first looks at Ayane and Hitomi who are two of the most recognized fighters in the mix for the DOA universe. At TGS Team Ninja teases Ryu Hayabusa and Hayate but there’s no doubt this will stir some interest. Check out the screens below to get a feel for it. 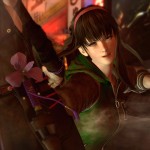 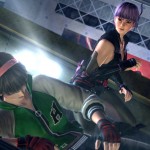 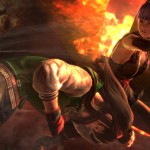 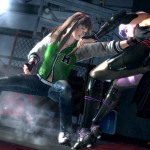 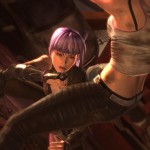 Done? Cool, Dead or Alive 5 promises to bring high quality and high energy fighting into the mix, something we’ve had no shortage of with games like UMVC3 and KOF stepping up their speed of pace this year. Their focus will be on displaying a variety of techniques along with their signature styles already formed, the mix should attract fans and fighting purists into a brawl unlike any other.

Dead or Alive took off on the Dreamcast and in the Arcades when it released its sequel title, from there it was high explosions graceful but powerful moves and intense combinations that carried it into legend. For me, it’s one of the best 3D fighters in the mix as it always sticks true to the basic formula for gameplay and few titles out there can pull that off anymore.