Review – Dotter Of Her Father’s Eyes 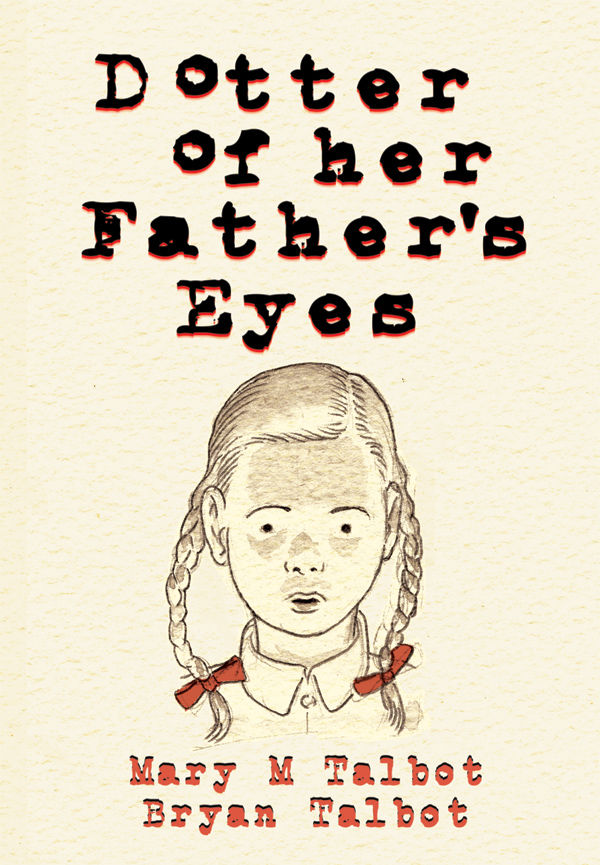 Review – Dotter Of Her Father’s Eyes

I had no idea what to expect with this graphic novel but it sounded interesting so I decided to give it a shot. It juxtaposes the story of Mary, the daughter of a Joycean scholar, and Lucia, the daughter of James Joyce. Both girls have big aspirations and dreams for their lives. Unfortunately, both Mary and Lucia grew up in eras where girls had a slew of restrictions forced upon them. Seen and not heard was a favorable line to follow when it came to women. Mary, spending a good chunk of her youth vying for her father’s love and approval, eventually had to come to terms with the fact that it just wasn’t going to happen. Lucia on the other hand began her life having a good relationship with her father, the acclaimed writer James Joyce. However, as time went on their relationship became more and more soured and strained as did her relationship with her mother. Both girls for the most part attempt to follow their dreams, one with greater success than the other.

Both stories are interesting and often times extremely heartbreaking. Lucia’s fate is tragic, while Mary’s life seems to have turned out quite well. Dotter Of Her Father’s Eyes manages to tell the story of two girls and their familial issues while at the same time finding an interesting way to give a mini history lesson. My only complaint is the art, I wish it had been a little more complex. It’s always nice to have more detail so that the reader can really see and feel the character’s emotions through the art. However, the way the art is laid out is really nice, Lucia’s story gets illustrated in blue’s, Mary’s current story sweeps in with color and her past fades into black and white/sepia tones. This was a unique way to aid in telling a story and I really enjoyed it!