The fated debut is almost here, we’re ready with a full early review and spoiler tags for those waiting until the last moment to see all the goods.

Taking up after Blood and Sand, Spartacus Vengeance greets us with the struggles of the champion after the slaughter at the House of Batiatus. Viewers pass through a time jump that goes unspecified but see’s Legatus in the Senate trying to distance himself from the ordeal, that is, until a message from Spartacus calls him forward again. It seems the gods have another road in store for his path, he sets his robes aside and ventures back to origin at Batiatus. 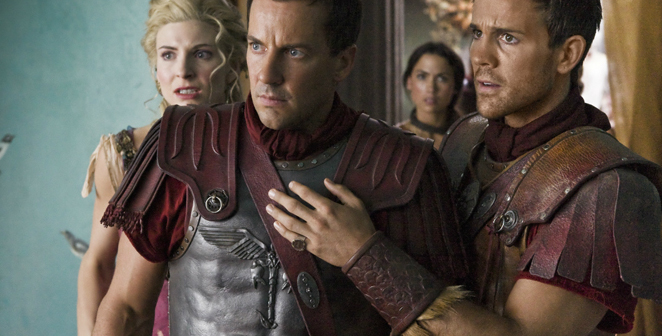 In this episode we see a newly freed Spartacus with his people, venturing forward to seek payback in any way he can. The unfortunate part for Spartacus is his lacking forethought to having to tend to the needs of his people who followed him into freedom. Food and support fall secondary to the needs of retribution in this story line and a hard life seems to await all that follow as the Gauls and Spartacus.

[spoiler show=”Show Spoilers” hide=”Hide Spoilers”]Spartacus demonstrates this lack of focus as his people stand divided, their wishes to escape the city versus the desires of revenge against Legatus.  Spartacus learns the hard way that he has to grow as a leader not just in battle but in survival as not only the blood of Varro rests on his hands but his wife as well from his shortcomings to lead them. Without a proper leader, tension drives his own people and his relations with the Gauls as they all fight for their own ambitions. 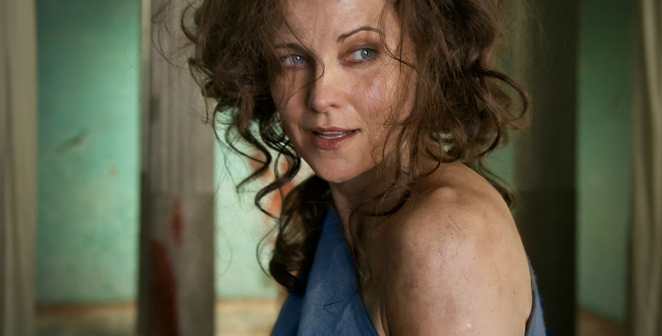 The story is only compounded as Legatus and Ilythia embark to take over the House of Batiatus only to find a lost Lucretia wandering in the darkness, mended from her would in the slaughter by a mysterious force.  She stumbles about without a trace of memory to the events that took place over the season, not of the murder, betrayal or violence that took place during the downfall. The new shift brings a twist as this Lucretia marks as a claimed blessing and her actions signify a role as a sage, wishing to devote ritual to the gods. What this means for the likes of the freed slaves or Crixus is unknown, he is visibly shaken when helping to bail out Spartacus in the market though.

Liam McIntyre steps into the role of Spartacus with confidence, attempting to make the role his own while paying respect to the groundwork set up already by Andy Whitman, it’s a tough transition to see but he makes an effort to smooth the experience out by studying the vocals and behaviors. Given this is a transition period as well from the arena to being on the run, it opens the story up for some adjustment and shifts in behavior and appearance. As the series progresses it seems that McIntyre will continue to grow into the role to deliver a Spartacus we all know. 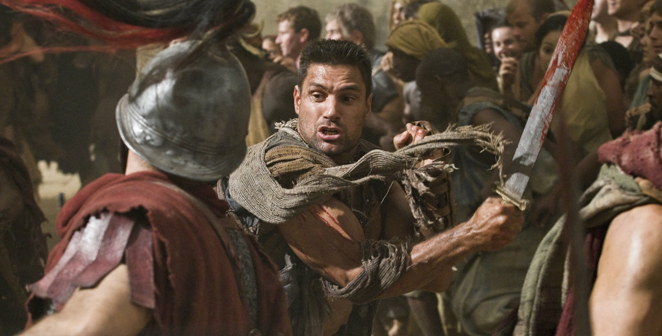 The styling of Vengeance continues to evolve, the experience and techniques improve the presentation and allow Vengeance to technically distance itself from the first episodes, critical stabs and slices are more authentic now than ever before. The rain of blood from each attack loses CG styling and flows with the scene keeping the audience engaged with each frame. To go with the mood of this new story arc, the setting is much darker in every scene, from the tunnels to the general tone of every area. These are dark times for the survivors of Batiatus and we’ll have to wait to see where their fate rests.

We will cover Vengeance through the season so check back often for series updates or special features. Episode 2 coverage will arrive soon.

If you can’t wait for Spartacus Vengeance to kick off, check out the official page on Starz to see Episode 1 early before the debut.