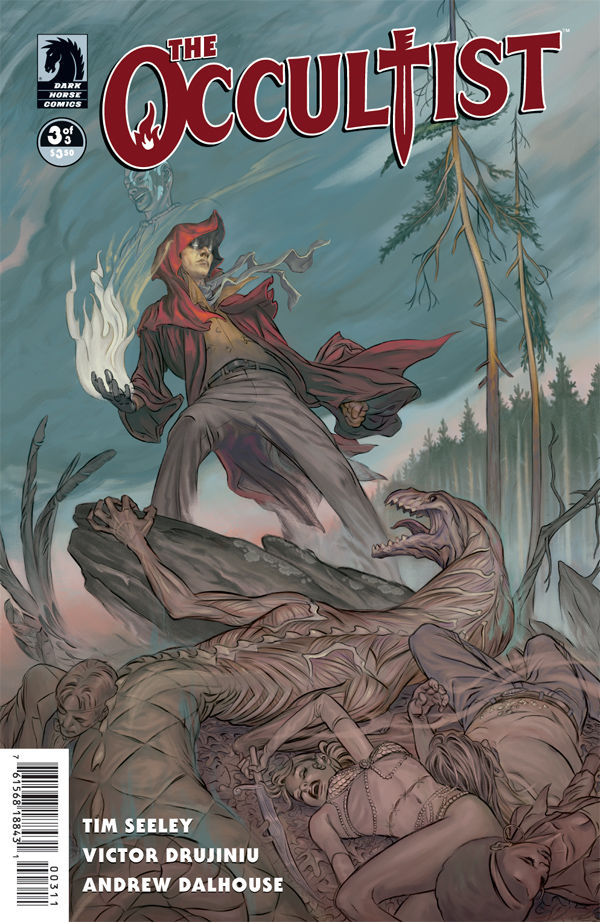 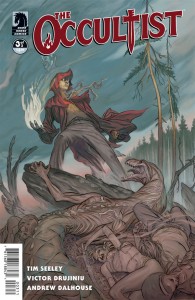 In the last issue of The Occultist we saw a man who appeared extremely paranoid, going so far as having guests go through a body scanner before being able to enter his home. We soon learned that this man was not at all paranoid, in fact, the precautions he took were not enough. We saw his brutal demise, which is now where the latest installment of The Occultist begins. The cops are investigating the horrendous scene and Rob is off in another dimension. Rob is trying to reason with the bounty hunter that took him and Detective Melendez to this other realm right before they were killed. Just as Rob is making some headway with the bounty hunter he is again sucked back into the previous realm where his girlfriend is being held captive by the big scary monster. There is a lot going on in Rob’s life and he is just beginning to have a clear understanding of how everything works. He has very little time to figure out how to save his girlfriend, himself and for all intents and purposes the world! Will he be able to do it and will the Sword help him?

This is the last issue until Dark Horse Presents #11 and the initial storyline is wrapped up nicely. There will undoubtedly be new questions and adventures when the series returns, some of which have already been introduced in this issue. I enjoyed this 3 part series very much, but maybe it should have been a 4 part series so the wrap-up didn’t feel as rushed (not in terms of content or quality, it just felt hectic). Regardless, it was a fun ride and I will definitely be looking forward to and reading the next installment.