WonderCon is just around the corner, March 16th-18th, and that means information about convention exclusives are (slowly) being released.  I expect that there may be a couple more coming but for right now this seems to be all there is.  I will continue to scour the interwebs in hopes of finding out some more details and will hopefully have more to report, so check back often! 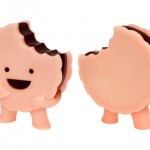 The Super 7 booth (#369) will be setting up shop with a super cute WonderCon exclusive.  The limited,  $25 Strawberry Caramel Delight Foster is an adorable cannibalistic cookie, with a happy face and a blasé attitude ready to make his way into your home!  No info has been given on just how limited the run is but I think it’s safe to say that there aren’t too many of these guys so get there early. 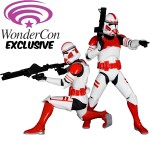 ARTFX+ is offering the Kotobukiya (#563) Star Wars Shock Trooper 2-pack.  This set is limited to 1000 pieces and is available for pre-order here http://www.shopafx.com/afxexstwasht.html for $84.99.  It’s safe to say that all Kotobukiya statues are always top-notch and fans will not be disappointed with this one.  The set comes with multiple leg and arm accessories allowing for a ton of different poses and set-ups, with one of the nicest features being that the figures have magnets in their feet to allow for easy posing!

Smoke and Mirror fans rejoice, there will be a WonderCon exclusive cover available at the IDW booth (#301) and cost $5.  Also at IDW will be John Romita’s Amazing Spider-Man exclusive hardcover, signed by both Romita and Stan Lee! If that isn’t enough there is also a sketch by Romita, while not cheap, $250, this is definitely a real collectors piece.  Another not-so-cheap exclusive is the Wally Wood’s EC Stories Artist’s Edition variant hardcover, which will set you back $150!  IDW is offering some more affordable exclusives like the Locke & Key: Guide To Known Keys variant cover at a mere $5 and the Locke & Key Volume 4: Keys To The Kingdom variant cover for $25.  They will also have limited supplies of previous exclusives from past conventions. 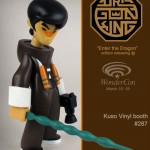 For the vinyl junkies out there, head on over to the Kuso Vinyl booth (#287) and pick up the Dragon King “Enter the Dragon” edition by kaNO.  This is a very limited run of only 250 pieces and will set you back $65.  If that isn’t enough, kaNO will be at the booth on Saturday from 2 p.m.-3 p.m. no doubt signing the brand new shiny figure you just bought! 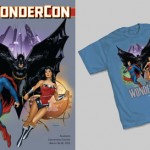 To commemorate your trip to WonderCon and the con’s first ever trip to Anaheim run over to the Graphitti Designs booth (#601) and grab the official WonderCon 2012 shirt.  Ryan Sook designed the awesome t-shirt that features Batman, Superman and Wonder Woman. 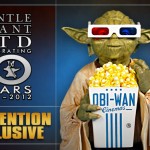 Celebrating Star Wars Episode 1: The Phantom Menace 3D release, Gentle Giant (#357) has decided to offer a very unique exclusive, Yoda with 3D glasses mini bust. Yeah, you read that right! Yoda, chomping on popcorn, wearing old school 3D glasses, which are removable, but really why would you?  These busts are limited, however the run is unknown as is the price.  These are sure to move fast if for no other reason then the novelty of the piece. If you are a Premier Guild Member you can pre-order the bust now. 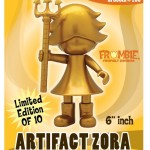 While not an official WonderCon exclusive, Frombie (#285) is offering a piece that is VERY limited.  “Artifact Zora”, an all gold-colored, 6” vinyl figure is limited to just 10 pieces worldwide.  Each figure is signed and numbered and is sure to disappear very quickly.  Also to be offered at the booth is a Frombie and an Esc-Toy’s collaboration.   A very limited (12! pieces) Chelly Chainsaw X Zora Kage colorway con exclusive.  Each hand-painted resin figure will be gone before you have a chance to say  “Chelly Chainsaw X Zora kage colorway exclusive please.”  There will also be two limited Chelly X Zora postesr to commemorate the above piece being offered.  Pictures and more details (hopefully) to follow.  Lastly, at the Frombie booth artist Erick Scarecrow will be signing from 2p.m.-3p.m. on both Friday AND Saturday! 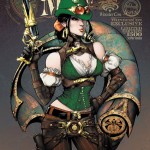 Aspen Comics (#510) is offering up a bunch of awesome exclusives.  First up is Lady Mechanika #0, with an exclusive WonderCon 2012 cover by Joe Benitez and Peter Steigerwald, limited to only 1500 copies, this will go fast. Next is Fathom #5, with WonderCon exclusive cover by Michael Turner and Peter Steigerwald, this issue is extremely limited at 500 copies.  Aspen is also releasing an exclusive for their new miniseries, Fathom: Kiani.  The issue will be #0 and feature a cover by Joe Benitez and Peter Steigerwald and is limited to only 500.   I think it’s safe to say these guys have been really busy working on some super cool goodies for us and none of these will last very long! 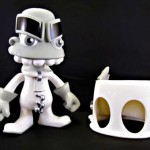 The super awesome, super limited Morksta edition Mork figure by MAD and Pobber Toys will be available at the De Korner booth (#390). There will only be 50 of these guys and they will cost $85, but they are super cool and so totally worth it. With only 50 available it would be wise to head over there early if you want to make sure you get one. 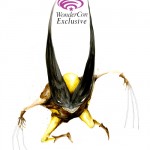 Alex Pardee and Zerofriends (#844) are going to be offering up a bunch of amazing exclusives. First up is a rad take on Wolverine, the piece is limited to only 40 and is a steal at $50. The print measures 17” x 22” and is a must have edition to any art collection. 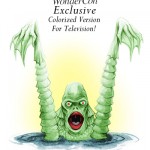 Next up is a really cool print called “Creature”, an homage to The Creature From The Black Lagoon and limited to only 54 pieces, a tribute to the films 1954 release. At only $10(!), this one is a must! 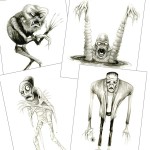 Although not an exclusive, there will be a cool 4 print series of the Universal Classic Monsters. These prints measure 5” x 7”, are not part of a limited run and are available either individually ($10) or as a set ($35). Alex Pardee will be at the booth signing on Saturday from 2 p.m.-4p.m. and Sunday from 1 p.m. To 3 p.m. So make sure you stop by and say hi!