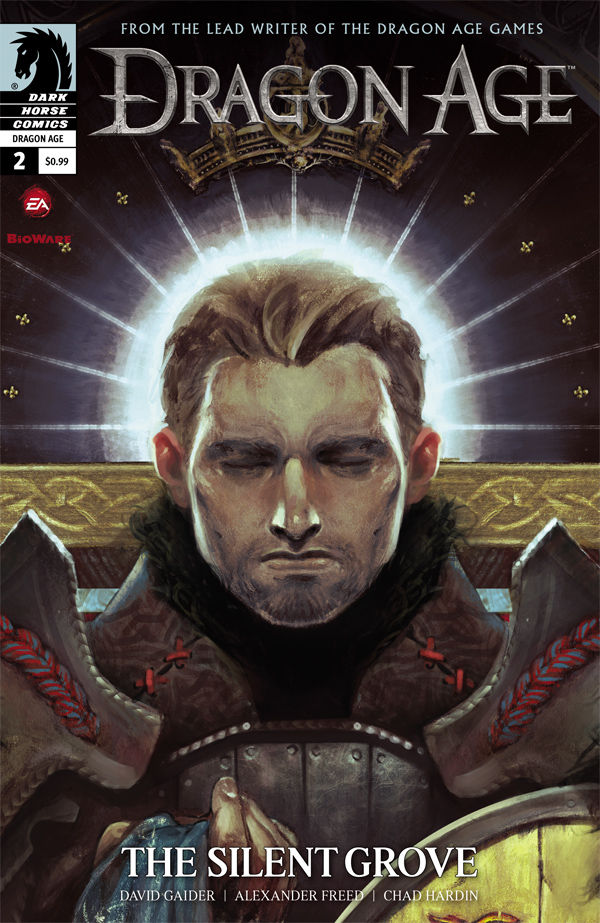 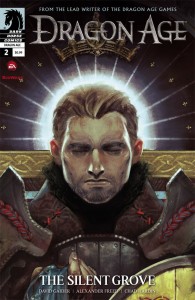 Alistair, Isabela and Varric are still on their long and arduous journey through Antiva, attempting the impossible. Alistair wants to break into the Crows prison, a dark and dank fortress where people are sent to rot away and die, never to be heard from again. Yet, Alistair is determined. To Alistair, this is a rescue mission, so no matter how dangerous or unrealistic this prison break-in is, nothing will stop him, even if he must do it alone. Will Varric and Isabela help him or will it be a suicide solo mission? The most important question is, who is Alistair willing to die for?

This issue is very good. The same humor from the first issue is here with Varric (Varric’s commentary to himself particularly) and Isabela but Alistair also shows a funny, lighter side as well. There is action and nice character development, which is surprising in such a short comic. The writing is great and very concise. No space is wasted and everything said is both important to the story and the characters themselves. The art is dark and really captures the essence and feeling of the story. What I think is really great about this series is that you don’t need to know any Dragon Age mythology or back story to dive right in and really enjoy the comic. This is not an easy task but it’s done expertly here. Luckily, there is only a two-week wait until the next issue and for .99 cents it’s more than worth the price!

Note: This series is being released every two weeks digitally for .99 cents and the entire series will be released in book form later in the year!