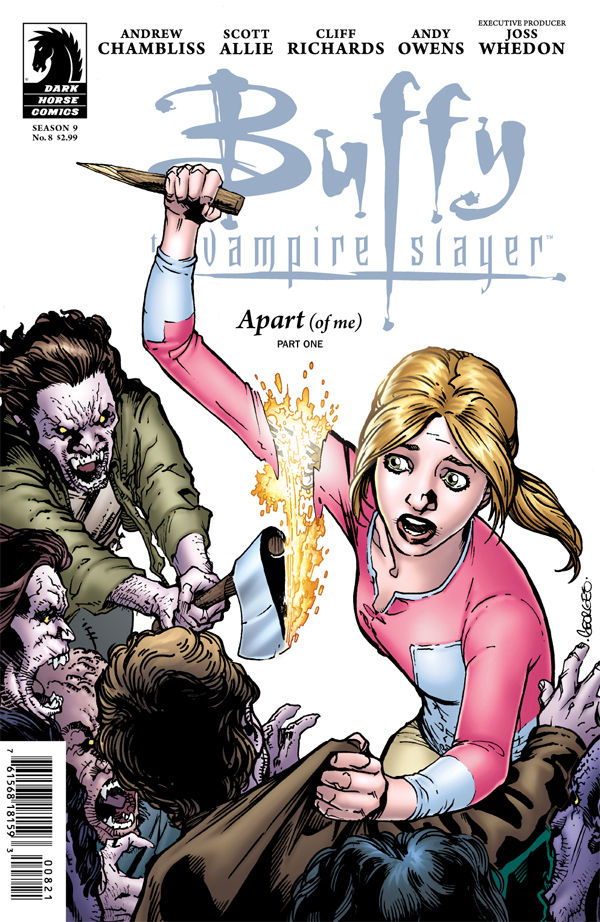 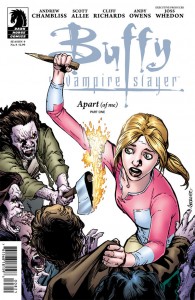 It’s finally here, after what seemed like an eternity, we finally get answers! Buffy, after losing her arm and finding out she’s not human (?) is not having the best day. She’s pissed and she wants to know what the hell is going on. She and Spike go to Andrew and demand an explanation, there’s some pregnancy talk amongst other things but Andrew in a, “what’s the big deal” kind of way, is not giving Buffy what she needs. After a little prodding, he spills the beans and explains the entire thing! Buffy and Spike are confused, hurt and mostly just mad. There is a little bit of Spuffy action followed by a very angry Spike. We also check in with Xander and Dawn, who it seems like we really haven’t seen for an eternity and all does not seem well there. Finally, a nasty makes their return but as of now their intentions are unknown. 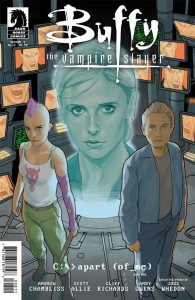 This issue wasn’t bad but it did feel like a couple really complex storylines were wrapped up quite easily. The pregnancy, the Buffy Bot, all taken care of, just like that! There was some mention of the Siphon and not wanting to get too spoilery, the nasty who returns (again) could be interesting especially because they didn’t do what would have been expected of them. Having Andrew in this issue provided some laughs, his goofiness and obliviousness are always great. The art was good and so was the dialog but ultimately it just felt like it was missing something. Obviously, it’s a must read for those of us who were dying at the end of the last issue but don’t expect too much, hopefully this new arc will get everything back on track!