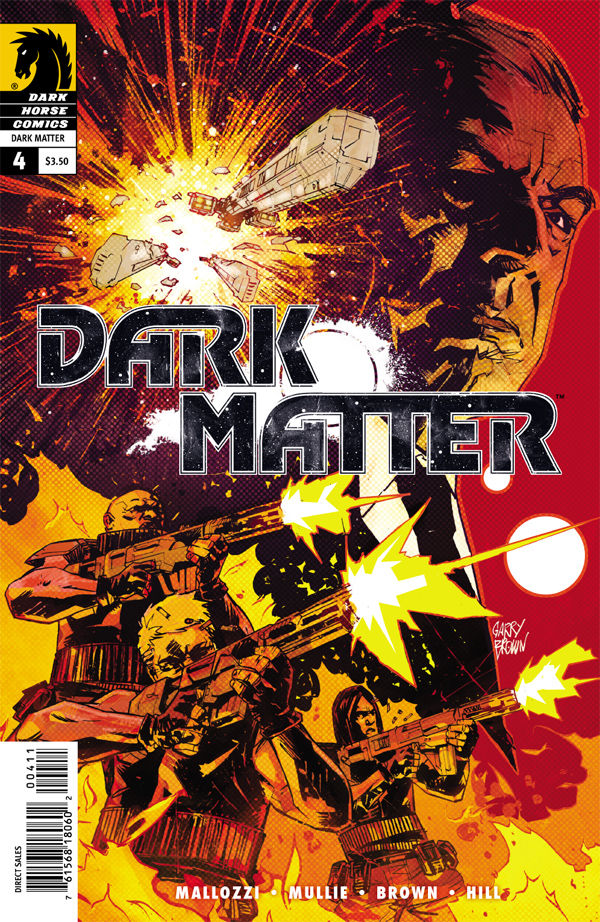 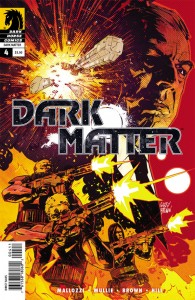 The final issue of the Rebirth saga is here for Dark Matter, I speculated on the ability to wrap this story up with the expansions going on but I’m happy to say it was a good experience. The Raza sped off to FTL speeds and left the crew behind, Ferrous Corp was closing in with countless soldiers for a wipe out event on the planet and doubt was still in the minds of the crew after discovering their true identities. What would happen? What could happen?

Rebirth 4 of 4 makes good on the developments brought through the 4 part series, giving closure to story gaps that were forming and showing that even without full memory, this group can lay down serious damage in a moments notice. New sides to the crew keep popping up as well, Marcus stands out in the issue as the lone wolf out for self-preservation over all else. Ryo emerges as a hopeful that views the upcoming battle with an optimism of chance and Griffin seems to want redemption for his past and doesn’t mind getting dirty to do it. While we don’t get to know who all of these people really were in their past we get a tease in the final panel that assures it will be handled in the future.

Artistically Dark Matter is a favorite of mine, it’s a new experience and a fresh one at that, the characters are well animated and crisp, the dark ink shadowing has lightened up consistently as the information flowed about the characters. The color and atmosphere and worlds felt like something familiar and yet new, the mining town stepping away from so much of the sci-fi experience with just normal humans running around is a perfect example of this. As a new series it’s a great ride to have the complete issue evolve from one to the next.

[spoiler show=”Show Issue 4 Spoiler” hide=”Hide Issue 4 Spoiler”]For those wondering, Rebirth is over, but a new adventure begins. The question we have to ask is, who on earth is Jace Corso?[/spoiler]