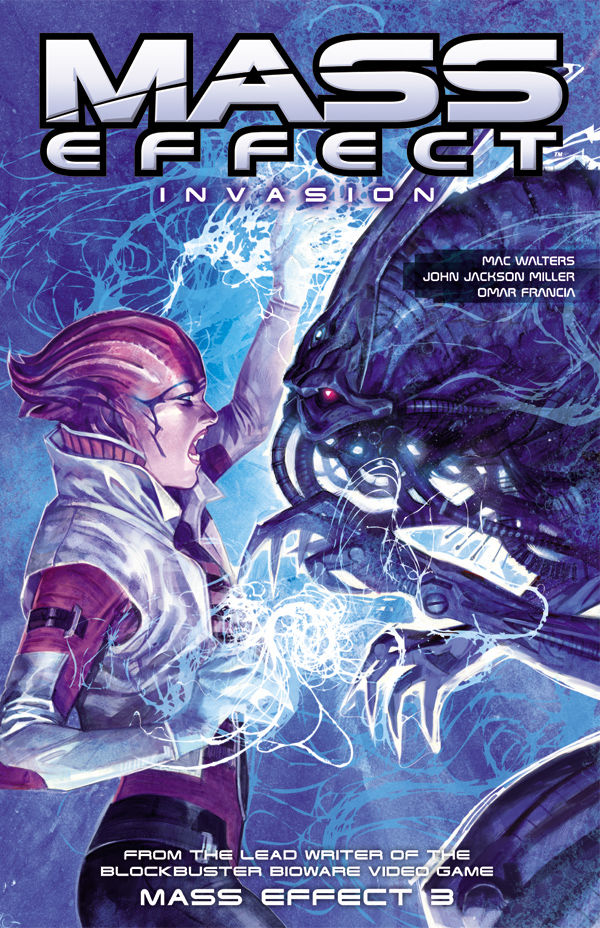 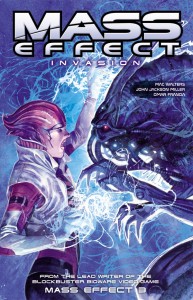 This collection contains issues 1 through 4 of the Invasion series and as an added bonus contains a short story from Dark Horse’s digital store. I don’t think it’s necessary to go over each issue contained in the collection, if you haven’t yet check out my reviews of each issue, you can find them right here on this very site! I will however talk about the new addition to the book, the short story Conviction. Conviction tells the story of Lieutenant James Vega, a man who likes using his fists as his primary form of communication. The story takes place “…after the annihilation of a Batarian system by Commander Shepard” where there is clearly tension in the air and everyone is on edge. After a brawl, Lieutenant Vega is called to duty much to his dismay as he learns his new mission is to guard a VERY important prisoner!

This collection is very nice, it allows fans of the comic or those who are new to the series to have it collected in one place in its entirety. Plus, you get the short story which was definitely intriguing and for the first time, in print form. The end of the book contains a short preview of the Mass Effect art book “The Art of the Mass Effect Universe” (check out my review for that as well). Whether you were happy with Mass Effect 3’s ending or not there is no denying that Invasion was a stellar series and is definitely worth a read!