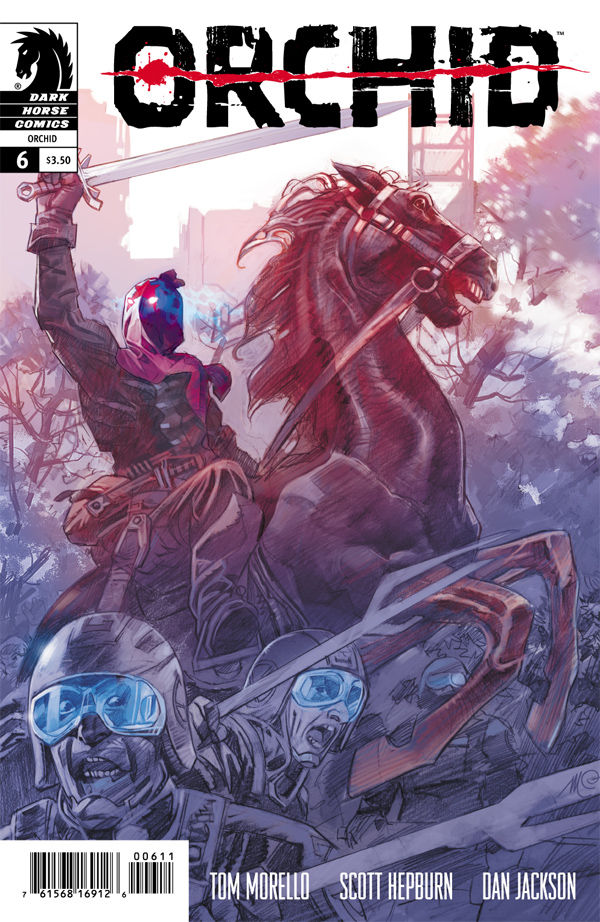 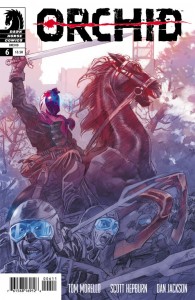 On the anniversary of General China’s death, Anzio’s impending execution will be a spectacle to mark the day the Rebellion was crushed. On a day known as “Final Victory Day”, all around bad guy and Penuel’s Lord, Tomo Wolfe is trying to pump up his subjects for the execution. He is trying to convince them that they are better off than most and with Anzio’s death they will start anew, cleansed and revitalized. However, things won’t go so smooth for Wolfe because as we learned in the last issue Simon, Orchid, Opal and their new friends were on a mission to rescue Anzio. I think by now we know that this bunch is resilient and that they never stop until they succeed in righting whatever wrongs the elite have committed. Even with their never say die attitude, things begin to look grim, that is until the mask is brought out and Opal puts a whole new spin on ass whoopin’! Opal’s on a mission and nothing can stop her and everyone will soon learn that it’s just best to stay out of her way.

Every month I read Orchid thinking it has to have reached its peak or at least plateaued, but it never fails, every month I’m blown away at how amazing it really is. It just continues to get better, which is insane because it’s unbelievable to begin with. The characters and storylines are so rich and in this issue we get some back story on Tomo Wolfe, supreme leader of Penuel. Unlike some of the other back stories we have gotten on the bad guys, this one made me feel no sympathy for the character. He’s terrible, some people just are. Opal in this issue (just like past issues) is awesome, she has made up her mind and no one is going to stand in her way. Adding Anzio to the group is going to add an additional dynamic because of his die-hard freedom fighter roots. The art is perfect, and each month I look forward to seeing what new animal hybrid concoction will be introduced. The dialog is touching, maddening and inspiring (quite a feat really). It’s safe to say that you really need to be reading this comic. It’s at the top of my list each month for the comics I’m most looking forward to and each month it never ceases to amaze me!