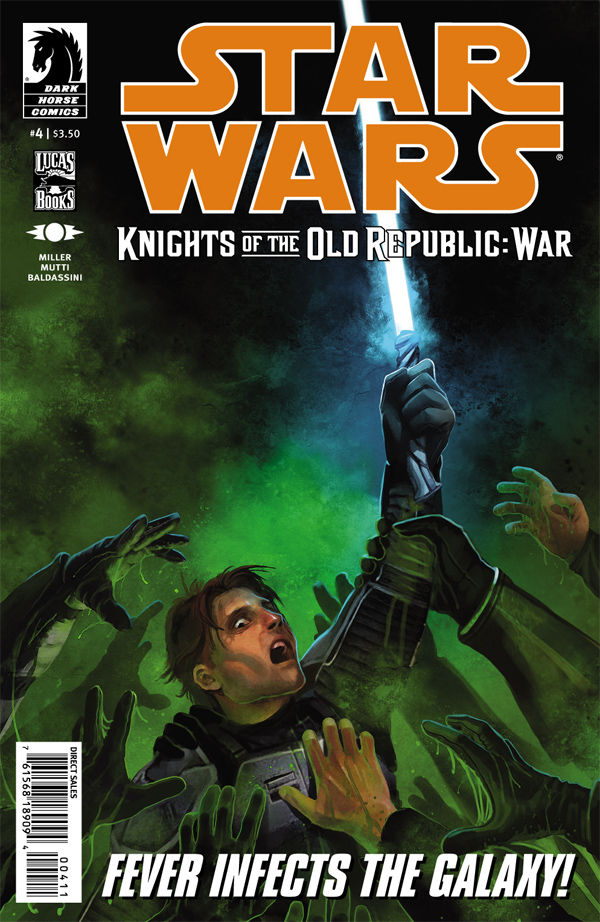 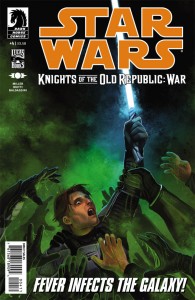 Two plans are underway, Zayne versus Kace and the fate of the young Jedi’s rest in the balance. The war effort is in full swing and Kace will stop at nothing to capture the recruits as his own for the Mandalorians and their strike against the Republic. Zayne has no choice but to call upon his own captured crew to turn the tide of this battle including Morvis who he’s smashed heads against countless times now. This time Zayne has found an effort that he’s willing to risk it all for and we’ll see him play his greatest hand to do anything to see it through.

The story in issue #4 is actually quite light compared to the series so far, we see Kace at a relative calm for most of the issue only really looking to chime in about his upcoming success and check on his own forces ready to come up behind him after the first wave launches into action. Even Zayne is reduced to a simpler role as he sneaks around to get the troops ready  to roll, although part of this comes from Kace removing Zayne from the forefront of the effort due to the revelations about his history and plan that came in issue #3.

It isn’t to say that nothing happens though, Zayne’s latest plan takes the whole story into the realm of spaaaaacee maaadness and causes a scene with the crew unlike anything they’ve encountered. Luckily for Zayne he was able to play his luck just right and pull it off, although for those wondering the cover obviously gives the ruse away.

The art of Knights of the Old Republic War retains consistency for the series, although Zayne appears to have aged considerably in some panels which throws the book off for those keeping tabs on the characters. The expressions have gotten better as well, the rage and horror at the new disease striking the crew was priceless, Zayne in his moments of rage and infection are great gestures to see in the book. Overall the illustrations are strong and effective and in the case of Dantooine it’s priceless to see the planet so radiant in space.

Star Wars: Knights of the Old Republic War #4 is a building block in the series, leading up to the final installment in issue #5 next month as this mini saga comes to a close. The tension between Zayne in Kace in the race to save Dantooine really gets some momentum and we learn about the madness behind Zayne’s methods in greater detail. Is he a brilliant strategist or just a really really lucky guy? You’ll see as it unfolds in this issue.