WonderCon 2012: Once Upon A Time Panel with Adam Horowitz and Edward Kitsis 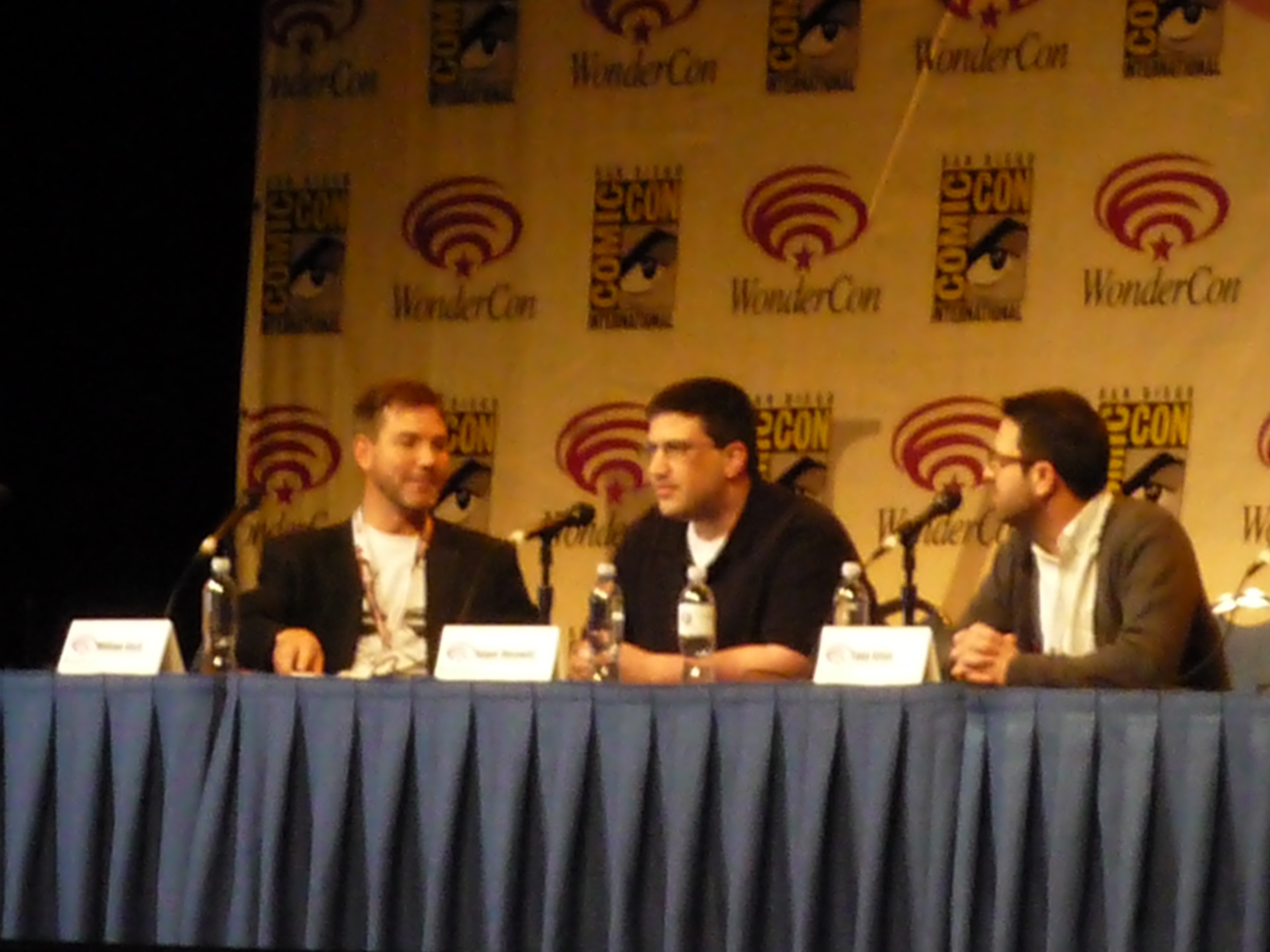 WonderCon 2012: Once Upon A Time Panel with Adam Horowitz and Edward Kitsis

At Sunday’s WonderCon panel Once Upon A Time fans were in for a real treat, a screening of the newest episode, “Heart Of Darkness”, and a Q&A with show creators Adam Horowitz and Edward Kitsis. The episode was very Snow and Charming centered, getting very large reactions from the crowd. The episode was all about love, both having and lacking it and the repercussions of both scenarios.

After the screening Horowitz and Kitsis came on stage and took questions from the audience, being very open and revealing in their answers. They talked about their wish list for show characters, an eclectic list including Peter Pan, Ariel, Rapunzel and Mulan. They did say to not expect to see Winnie The Pooh or Pluto but they don’t want to close any doors and cheekily said that those characters “may show up in season 9.” When asked about the Lost Easter eggs (both Horowitz and Kitsis worked on the epic Lost) they pointed out the many they have already hidden, a clock set to 8:15, Geronimo Jackson shout-outs, Regina’s 108 address, an Apollo bar and they revealed a hint to a future surprise cryptically stating “look up in the air.” They also revealed that they would love to work with all of the Lost actors again but specifically mentioned Jorge Garcia.

Near the end of the panel Horowitz and Kitsis made some big reveals, The Huntsman (Jamie Dornan) will be back in the finale (which they were flying to Canada to film immediately after the panel ended), by the end of the season everything we want to know about August and “two things we don’t” will be revealed, Barbara Hershey will be appearing as the Queen’s mother and finally. who Dr. Whale’s fairytale land counterpart is (this won’t be revealed in this season but when they finally do, it will be met with an “aha”).

Once Upon A Time airs Sundays at 8/7c on ABC