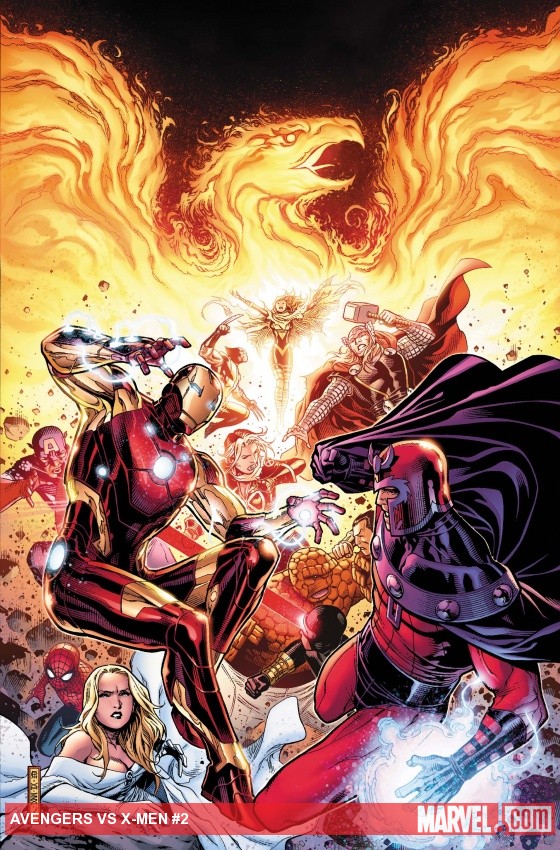 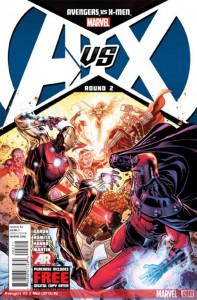 Avengers vs X-Men #1 left off with Cyclops blasting Captain America for wanting to take Hope Summers from the X-Men, as an estimated target for the Phoenix to reside in they’re out to make sure the Earth isn’t destroyed by the force. Given their approach in a giant flying battle ship though and loading up with their full team it was reasonable to expect a negative reaction to this attempt. With both sides gearing up for battle it’s going to get nasty really fast.

Issue 2 takes us into the heart of the battle, the stage has been set and Iron Man calls the Avengers into action as the X-Men brace for impact on their island. Taking Hope out of their hands is not an option and the team will do what it takes to protect her and potentially the future of their kind from being wiped out by outsiders in this new showdown. It’s an epic battle in the pages that follow, marriages torn apart, old friendships smashed and bodies and bones fractured all over in a super battle for the planet or Hope, it gets confusing.

The final pages of AvX #2 leave a lot of worry on the minds of the reader, as the Phoenix Force closes in Hope becomes more and more unstable, with the conflict right at her doorstep she moves from a reserved state into the forefront. She’s the biggest gun the mutant world has and she’s not going to sit idle anymore while those she knows take beatings or risk their lives for her. She knows what she has to do, and no one is going to get in the way of it once she embraces the power and puts it into action, something Logan should have thought about before picking the side he did.

Avengers vs X-Men #2 is a blast of story not just in narrative but in dialogue as well, we get a taste of what everyone is going through in this battle and that in the moment of action everyone is forced to pick a side and stand firm with it. It wasn’t the prettiest start but the line was drawn and everyone owns their decisions even if the thoughts race their minds with some doubt. The art team helps supplement this by adding extra emotion and energy to each panel, the characters showing signs of distress and frustration and pain as they slug it out across the beach. Even Iron Man in his shell shows that he’s not beyond a gesture of struggle or trauma, when Emma slams her diamond fist into his gut he’s completely lifeless for a moment. It’s an evolution from the original issues and it looks to build strong momentum as we head into the next round.

Check out the preview pages below and the cover art for more goodies on this issue. 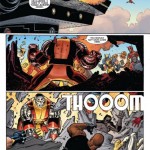 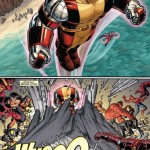 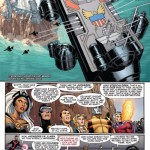 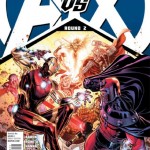 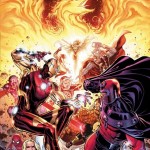