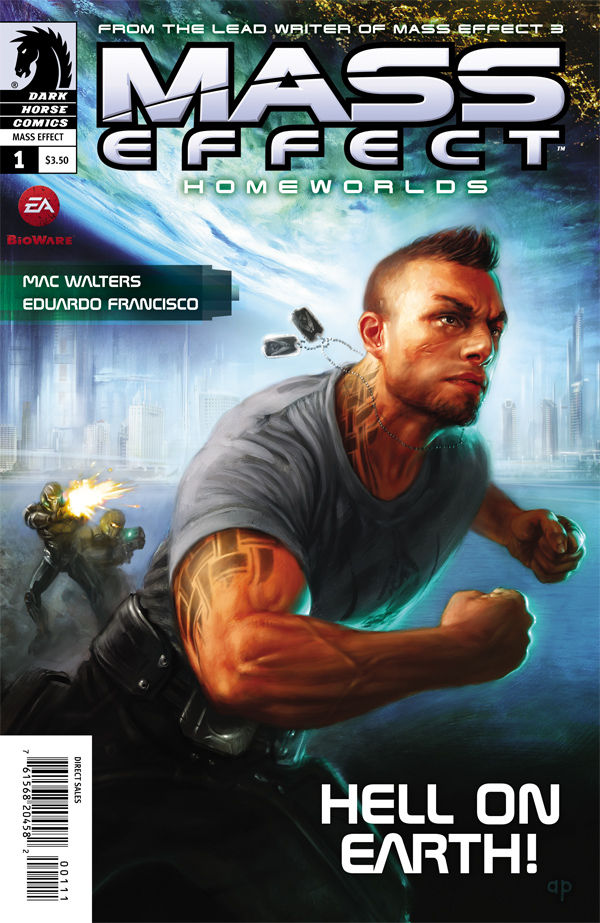 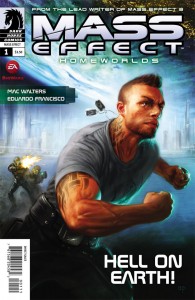 The next installment into the Mass Effect universe takes place in 2186, days after Earth’s Reaper invasion. Life on Earth, as well as life on other planets are moving en mass to the Citadel in hopes of finding a safe haven. We soon see James Vega and quickly learn some of his back story including his tumultuous relationship with his dad and how that impacts James who is trying to make a better life for himself. His father seems to be standing in his way and James’ loyalty to his dad is making it hard for him to move on. His dad knows exactly what he is doing to James and doesn’t seem to care. After making some tough decisions and with some help and advice from his Uncle Emilio, James takes control and changes his life forever.

Mass Effect: Homeworlds is a four-part series that will focus on one character per issue. Each issue will be written by the writer who wrote the character in the game. I like this format, it gives the reader some insight into the stories of these characters. The dialog was good and the story itself was compelling. The art, like all the previous Mass Effect comics is great. This was a very good, interesting read and I’m excited to see which character is up next! 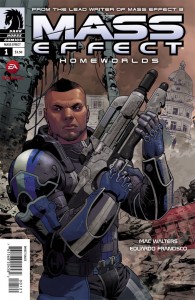