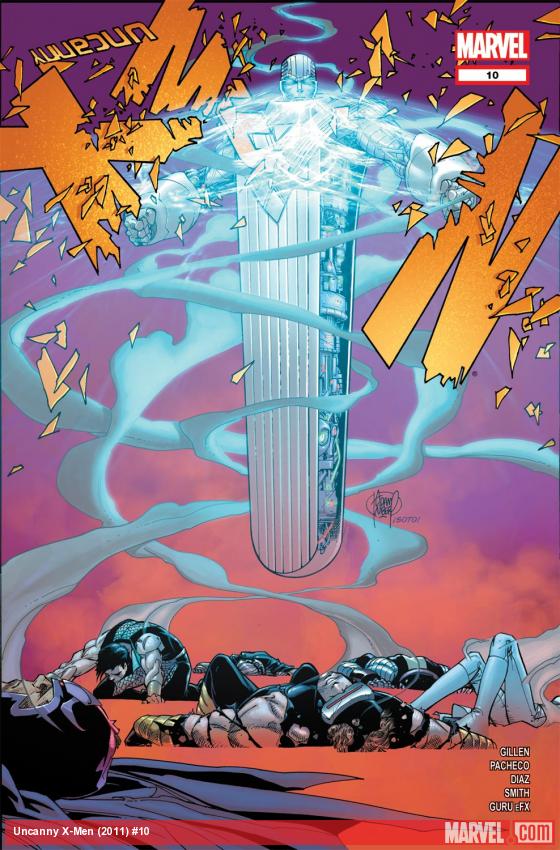 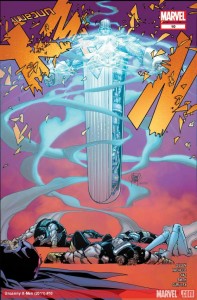 Unit is on the move and Hope is right in his path, given his current path of destruction her very life could fall into the balance. The X-Men while teamed up with the Avengers split off to save their most precious friend and ally from her doom and possibly the death of mutant-kind. Time is everything and the whole unit with Cyclops rushes in to save the day, unfortunately being too quick to attack leaves a vulnerability that shatters them as they engage in combat against Unit. It’s a tough and painful battle to read through, even at their best they’re severely outclassed against this super machine, instead of cheering them on it was cringe inducing each step of the way. Fortunately it does wrap up so the story can meld with AvX, although it is strange to have both the X-Men and the Avengers on the same side for even just a moment knowing what has already come their way.

The issue moves with a quick pace, Hope is stunned to be taken in such a swift motion and the X-Men launch into battle mode but it’s not enough. Unit is thinking so many steps ahead of them it’s difficult for any tactical advantages to come forward, even their strongest allies against a force like this are nullified by his quick calculations and strength. Really they are in a case where they’re outclassed and largely uninformed about their opponent and it rips at them as they fight desperately to stop him. It’s a solid read as it steps aside from the usual idea of dominance and team work saving the day for the group, instead of just a single ally shaken, the whole group falls victim.

As a prelude to AvX it’s a solid issue, it was easy to feel bad for the X-Men against Unit given how far above their level he was. There is a mystery that will leave readers hanging though, before it’s over there’s a special twist with Hope and Unit that hasn’t even been touched upon in the other books yet, what will the super being ask of her? What does this mean for his own containment in the universe after this encounter? It’s a solid read and wrap-up to the tag team story between the Avengers and X-Men on this case.