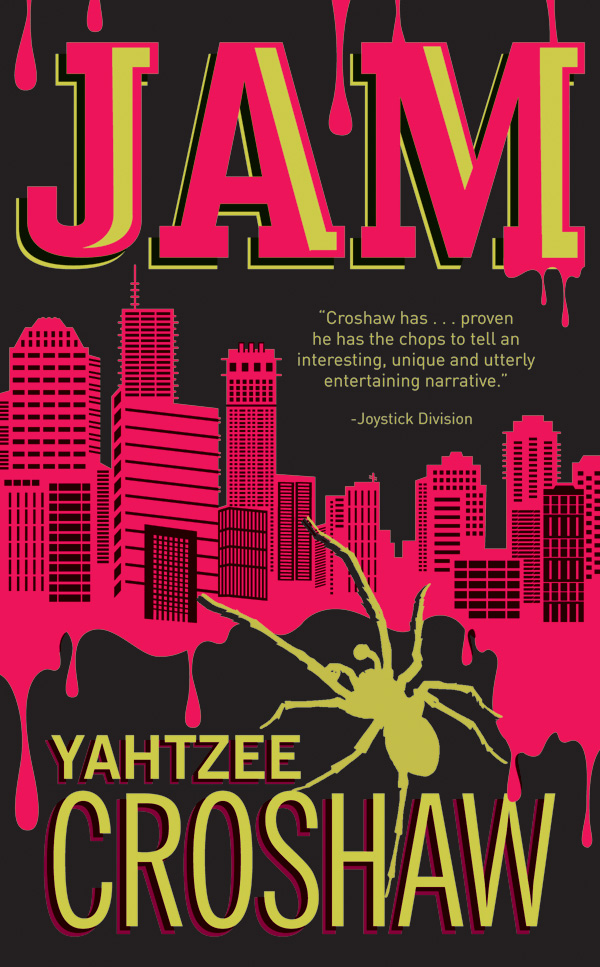 FULL CHAPTER PREVIEW TO BE FEATURED IN THE DIGITAL EDITION OF HIS PREVIOUS NOVEL, MOGWORLD!

The creator of The Escapist’s Zero Punctuation Reviews (TM) and author of 2010’s runaway hit novel Mogworld is back with his hilarious follow-up! Jamtakes the prophecies of the Mayans and turns them on their ear, with a twist on the apocalypse that no one could have expected! The first chapter will run in the newly released digital edition of Mogworld, available today for Nook and Kobo eReaders.

Since 2007, Croshaw’s animated Zero Punctuation reviews have packaged prescient criticism with frenetic animation, off-color humor, and rapid-fire delivery, making him a household name in the gaming community. Mogworld was his first foray into published fiction and has sold through multiple printings! Now, the debut novel finally makes it’s way to tablet readers, marking the beginning of Dark Horse’s foray into digital prose!

“You asked for it – by Christ have you been asking for it – and it’s finally here, the Mogworld eBook” said writer, Yahtzee Croshaw. “Now I just have to stop procrastinating on the audiobook version.”

Mogworld is available today for both Barnes & Noble’s NOOK™, as well as the Kobo Vox eReader.

Jam arrives on sale on October 10, in print as well as digitally.

Founded in1986 by Mike Richardson, Dark Horse Comics has proven to be a solid example of how integrity and innovation can help broaden a unique storytelling medium and establish a small, homegrown company as an industry giant. The company is known for the progressive and creator-friendly atmosphere it provides for writers and artists. In addition to publishing comics from top talent such as Frank Miller, Mike Mignola, Neil Gaiman, Brian Wood, Gerard Way, Felicia Day, Guillermo Del Toro and comics legends such as Will Eisner, Neal Adams, and Jim Steranko, Dark Horse has developed its own successful properties such as The Mask, Ghost, Timecop, and SpyBoy. Its successful line of comics and products based on popular properties includes Star Wars, Mass Effect, Buffy the Vampire Slayer, Aliens, Conan, Emily the Strange, Tim Burton’s Tragic Toys for Girls and Boys, Serenity, and Domo. Today Dark Horse Comics is the largest independent comic book publisher in the US and is recognized as one of the world’s leading publishers of both creator-owned content and licensed comics material.