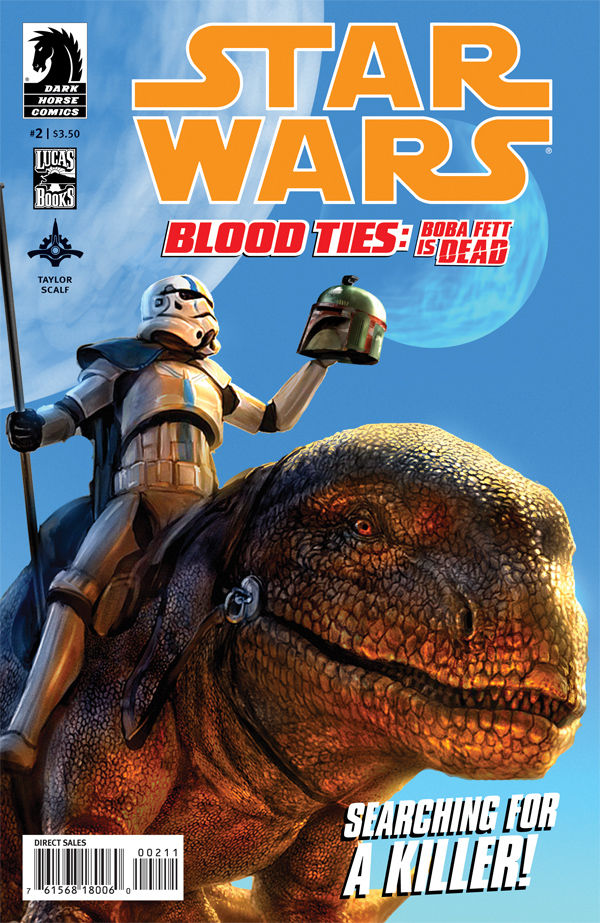 Boba Fett is dead and the world is starting to learn you don’t kill someone so famous and so feared without stirring up the pot, vengeance is on the move and those who tracked him down and killed him are now facing judgement. Connor Freeman is the man on the warpath and the powers that be want him not only silent but dead and gone, unfortunately the cards are in Connor’s favor and the game continues.

Part 2 is a complete twist of sorts, we find out more about this plan and about what’s going on with Connor, unfortunately while he survived this encounter he’s not entirely all himself after the attack. The masked stranger reveals himself to Connor setting off a huge flashback of the events leading into Part 1 and elaborating on everything to the point where the story is flipped on its head for what readers thought was going on. The attack path changes course though, instead of just hunting those who started this mess it goes to Blackfel taking this situation to a whole new level against the conspiring group against Fett and any supporters.

Star Wars: Blood Ties #2 is a huge elaboration over the first issue, in some ways it would have been great to know that out of the gate but it builds up the life of Connor and the stress he was going through leading into this. The art continues the painterly qualities and intense detail throughout the book and there aren’t many instances where it stumbles, the characters are handled with care and the environments are engaging. Fans of the series really need to dive into issue 2 so they can feel the full impact of this story, one can only hope they have a miracle up their sleeve to wrap this up in 2 more issues.