2K Sports today announced that NBA® 2K13, the next installment of the top-rated NBA video game simulation franchise* for twelve straight years and the follow-up to the award-winning NBA 2K12, will be available on Tuesday, October 2, 2012 in North America and October 5, 2012 internationally for the Xbox 360® video game and entertainment system from Microsoft, PlayStation®3 computer entertainment system, PSP® (PlayStation®Portable) system, Wii™ system and Windows PC. A Wii U™ version of NBA® 2K13 will be available in the launch window, at a later date.

Fans that pre-order NBA 2K13 for the Xbox 360 or PlayStation 3 will receive a new downloadable NBA All-Star content package presented by Sprite. This add-on content will be set in Houston, the site of the 2013 NBA All-Star Game and will allow fans to stage their own NBA All-Star Game, including three NBA All-Star events – the Foot Locker Three Point Shootout, BBVA Rising Stars Challenge, and the Sprite Slam Dunk Contest featuring all-new intuitive, pick-up-and-play controls. 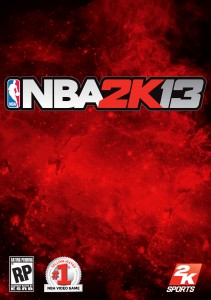 “The NBA All-Star package is our way saying ‘thank you’ to fans for their ongoing love of the NBA 2K series,” said Jason Argent, vice president of marketing for 2K Sports. “This content provides a ton of depth and value to our fans, and it’s just the beginning of a lot of big news about NBA® 2K13.”

Gamers can pit the NBA’s current superstars against classic players in both the Foot Locker Three Point Shootout and Sprite Slam Dunk Contest. Rosters for both the BBVA Rising Stars Challenge and 2013 NBA All-Star Game will feature the 2012 All-Stars, with dynamic updates to the 2013 rosters once the participants are announced.

Developed by Visual Concepts, a 2K Sports studio, NBA 2K13 is not yet rated by the ESRB and will be available on October 2, 2012 in North America and October 5, 2012 internationally. The Wii U version of the title will be available during the holiday season. Fans are encouraged to pre-order now at participating retailers in order to receive the NBA All-Star content on day one at no extra cost.