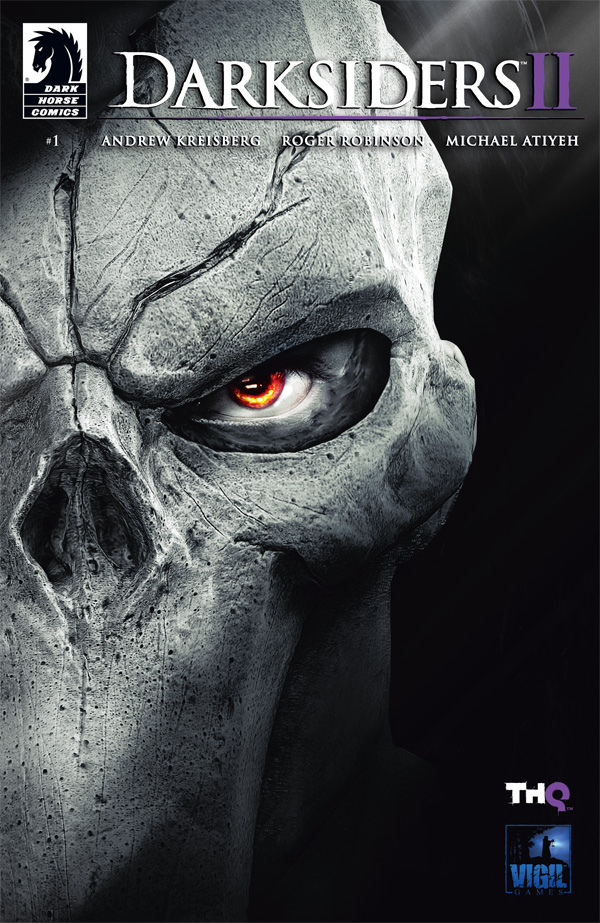 Delving into the days before the Apocalypse, Darksiders® II: Death’s Door is a pivotal contribution to the world of the anticipated new game.

Created in collaboration with THQ’s Vigil GamesTM, the studio co-founded by Joe Madureira,

Created in collaboration with THQ’s Vigil GamesTM, the studio co-founded by Joe Madureira, this original story follows Death, one of the Four Horsemen of the Apocalypse, on a mission to destroy a rogue demon. Chasing the creature across magical realms and even through time, Death’s quest takes him on a heart-pounding adventure that reveals some of the greatest mysteries of the games!

The five issue series will be available tri-weekly exclusively online at Dark Horse Digital and the Dark Horse Comics iOS and Android app for 99 cents each, starting July 4.

Awakened by the End of Days, Death, the most feared of the legendary Four Horsemen embarks on a quest to redeem his brother’s name. Become the terrifying force which everything fears but nothing can escape.

The original Darksiders®, released in January 2010, received critical acclaim including the Best Fantasy Game 2010 award from IGN. Darksiders followed the story of WAR, wrongly accused of starting the apocalypse, on a quest to reclaim lost honor and take revenge on those who wronged him.