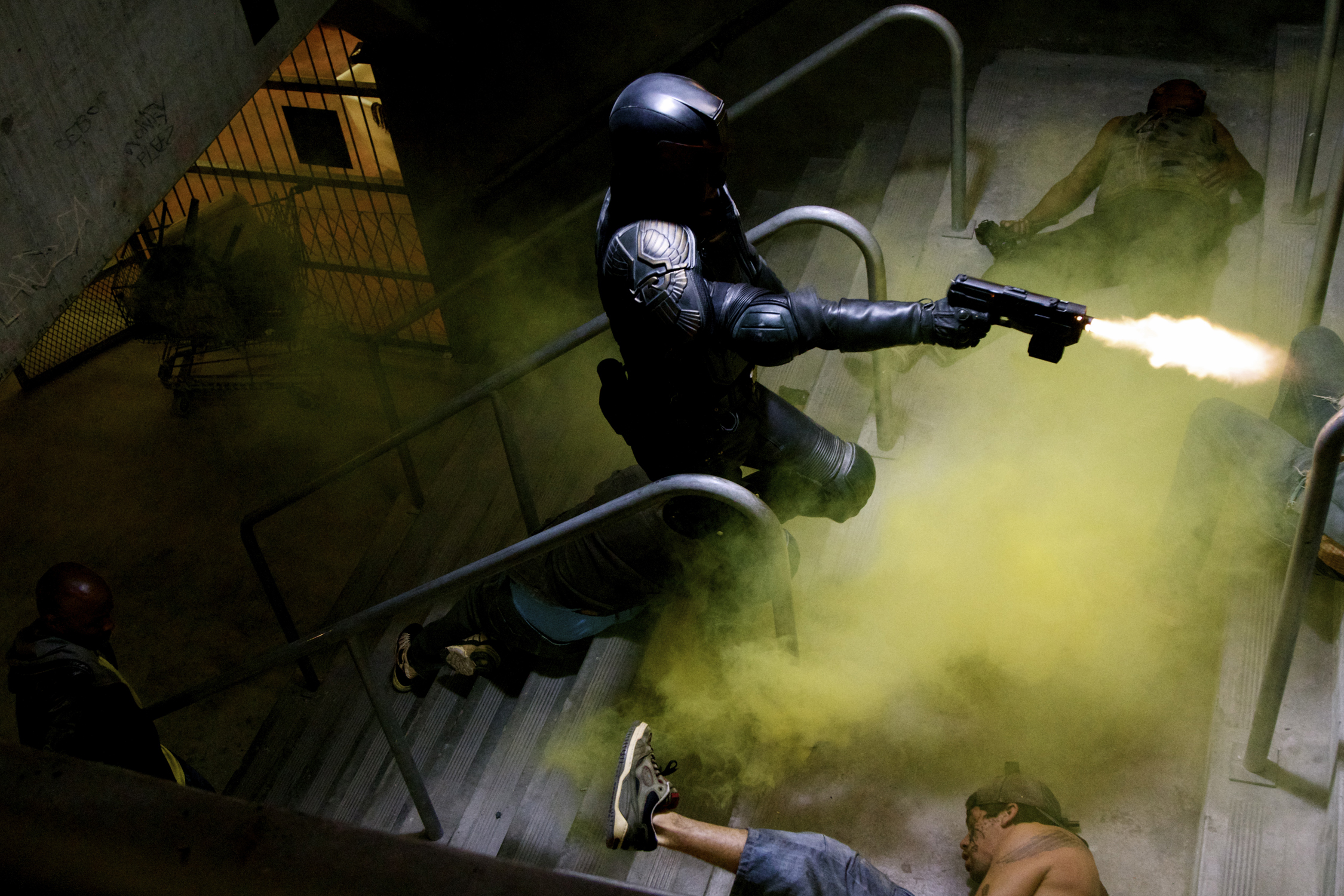 by Gabriel Vega
0 comments
DREDD style judgement is coming and it’s going to get ugly, the Mega City One judge is making a return to the big screen and he’s ready for everything the world can throw at him. We have the newest poster and some cool stills from the movie to pass along while we wait for the September release of the film. Also for those who have missed out, check below for the full press release synopsis to see where this is all going.
DREDD Stills:
————————————————————————————————————————————————– 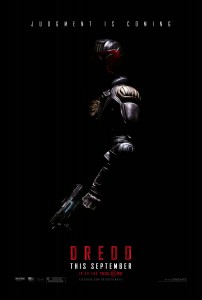 Synopsis:
The future America is an irradiated waste land. On its East Coast, running from Boston to Washington DC, lies Mega City One- a vast, violent metropolis where criminals rule the chaotic streets. The only force of order lies with the urban cops called “Judges” who possess the combined powers of judge, jury and instant executioner. Known and feared throughout the city, Dredd (Karl Urban) is the ultimate Judge, challenged with ridding the city of its latest scourge – a dangerous drug epidemic that has users of “Slo-Mo” experiencing reality at a fraction of its normal speed.

During a routine day on the job, Dredd is assigned to train and evaluate Cassandra Anderson (Olivia Thirlby), a rookie with powerful psychic abilities thanks to a genetic mutation. A heinous crime calls them to a neighborhood where fellow Judges rarely dare to venture- a 200 story vertical slum controlled by prostitute turned drug lord Ma-Ma (Lena Headey) and her ruthless clan. When they capture one of the clan’s inner circle, Ma-Ma overtakes the compound’s control center and wages a dirty, vicious war against the Judges that proves she will stop at nothing to protect her empire. With the body count climbing and no way out, Dredd and Anderson must confront the odds and engage in the relentless battle for their survival.