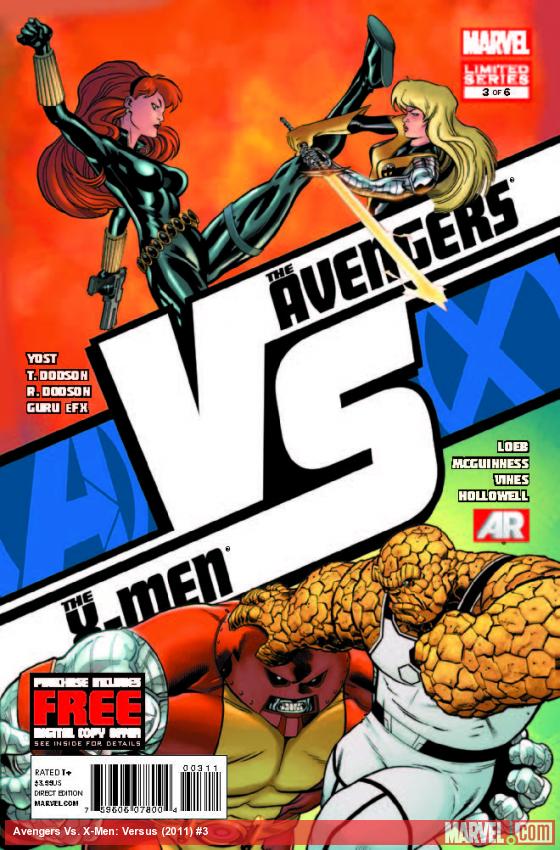 *That’s a ton of credit to give just for a single comic D: 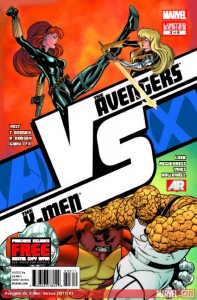 Here we are in the heat of the Phoenix Force struggle and we get two impressive battles to go through, Red Hulk vs anyone he wants and Thing Vs. Colossus and Black Widow Vs. Magik. As you might be able to guess the Red Hulk beating on anyone moving thing is getting a bit tired for me and the solution it seems by Marvel so far is to just use Thing as the scapegoat. With that said we have Thing and Black Widow trying to hold down the fort in the Blue Zone of the moon which is the only safe zone area for humans to exist without assistance.

Thing Vs. Colossus is the first battle exposed once Red Hulk punches Juggerlossus across the moon over to Thing for the next round. It’s a slugfest and an ugly one at that, we see Colossus finally get a boost in the battles and his dark side emerges in battle, that blood lust he suppresses so hard finally comes forward as he declares he is The Juggernaut. For those hoping to see a continued streak of Avengers win’s it’s 50/50, you’ll see Red Hulk play god and then it doesn’t go nearly as well for Thing as you might hope. It’s still an entertaining battle though and a nice glimpse at Colossus letting it rip.

Black Widow Vs. Magik takes over the stage for the next battle, it’s a rough spot for both characters as they engage in a ballet of warfare, Magik playing with her food while Black Widow underestimates the power of magic and spell casting. It’s a bit more amusing given Magik pops in and out of the world at will and has so many powers that haven’t even been touched upon in this series so far. Unfortunately those who see a human coming out on top will be sorely mistaken, while it’s a cool fight there was a lingering concern that it was just a way to pass the time and not so much a life or death struggle.

For those hoping to focus on just the battles Versus doesn’t disappoint and honestly it feels like one of the better balanced issues in the series so far.