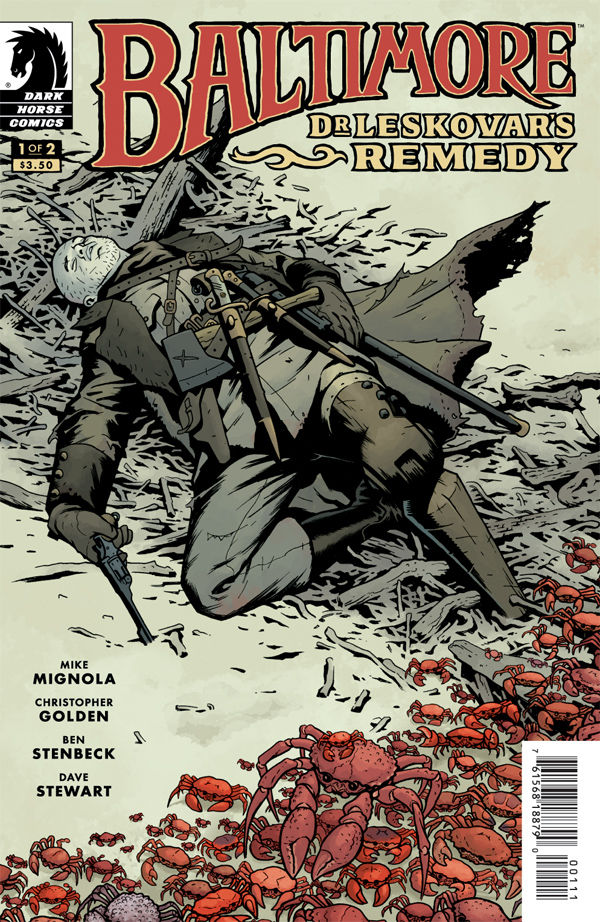 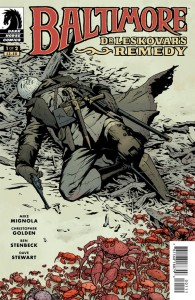 Croatia 1917, Baltimore starts off in a fishing town telling of struggling families along the coastline, they’re seemingly stranded as the story brings light to the population. It’s a tough time for all as they easily clash personalities and pride, Cecilja and Drago are quick examples of this friction in the story as they face role reversal with Cecilja being the hunter and Drago cleaning house or more specifically fish of the day.

The group isn’t left to solitude though, hearing a blaze through the sky they’re called to attention and come running like moths to a flame. Unaware of the potential danger of getting to close to the light, sense does come to some in the group and they meet our main character Baltimore or Lord Baltimore to be specific. The land isn’t so simple for those still living in the area, demons and vampires run about freely in the night and monsters lurk around every corner. Unfortunately for the shanty town, Baltimore isn’t there for the minions of the area he wants the bigger game at the top of the vampires. He has a very personal axe to grind and no traps or lower class villains will get in his way to make right on what was done to his family.

The story as a whole is very dark but it reminds me of what we’ve seen in issues of BPRD and Hellboy for pace and development, with only 2 issues to this mini-series there’s a lot to cover but it’ll be a rewarding experience when part 2 arrives on shelves. For those looking to get a quick deviation from their normal comic lists I would recommend giving Baltimore a shot, if vampires aren’t your thing maybe mutant versions that get sliced to bits are!