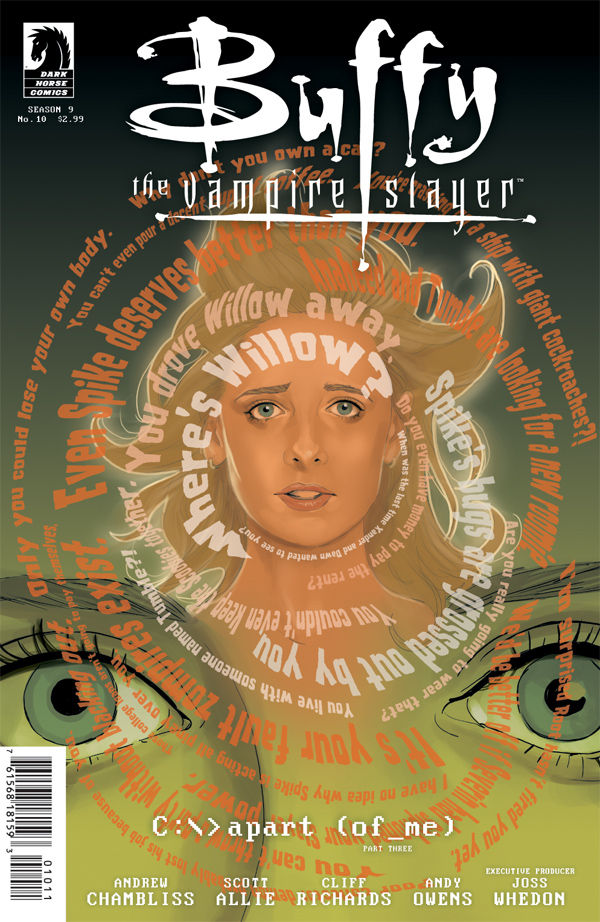 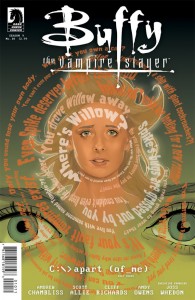 The real Buffy has been brainwashed (at least with the jumbled brain she has left) by the scheming Simone and RoboBuffy is doing her best to fix the big ol’ mess created by Andrew. The two Buffy’s are at odds as the real Buffy believes she’s got it all figured out. Simone has an evil plan, and now that she thinks she’s figured out what’s going on, Buffy has become an integral part of it. Real Buffy, in her confused but confident state, thinks it’s a good idea to go along with this unfortunate plan. Meanwhile, Spike and Andrew make a discovery of their own and realize RoboBuffy has been gone longer than expected. They set off to find her and with some luck they find her (them?) and Simone. Simone, in her perpetual aggro state refuses to let Spike, Andrew and the bugs ruin her plan, Spike on the other hand has his own plan. While all of this is going on, Detective Dowling is dealing with his own demons after feeling the fallout of having to kill his zompire partner. He is assessing his life and trying to make some tough decisions. Will Simone carry out her evil plan and will Buffy finally understand what’s really going on? What’s in store for Detective Dowling’s future? Does all of this seem really confusing? The answer to the last one is yes, but it becomes much clearer once you read the whole issue! 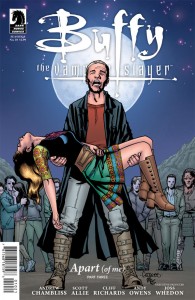 This issue was good, but I did have to read it twice to follow along. Once I got it, I enjoyed it. I loved the cover, I thought it did a really great job of capturing the uncertainty of Buffy’s mindset right now. The dialog was good, and the interaction between the Buffy’s was particularly interesting. There is some Spuffy action, but nothing that we wouldn’t have seen coming. Simone has potential but this time around I found her more annoying than anything else and I hope we either get a better villain or that she becomes more interesting along the way. I can’t say this was my favorite issue but I have faith that it’s going to get better!