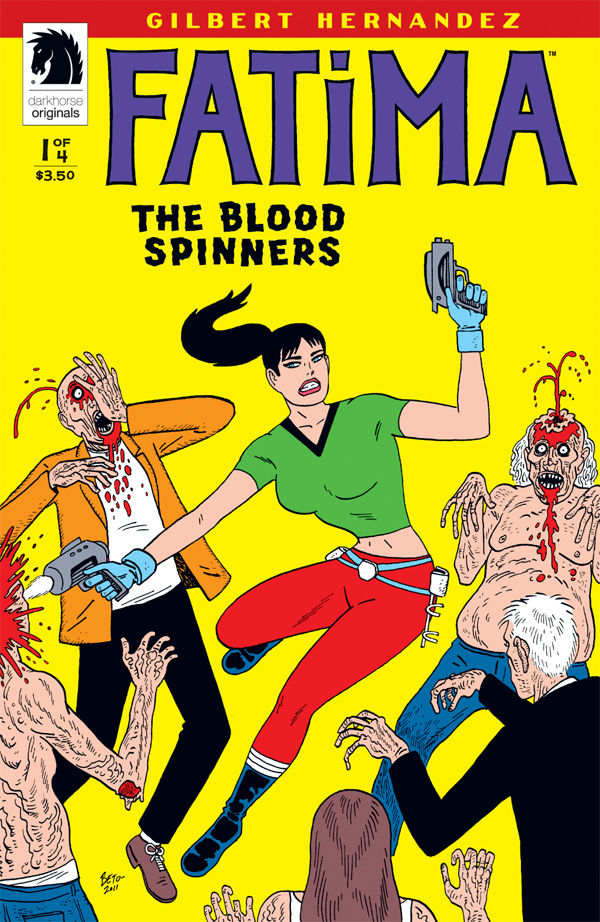 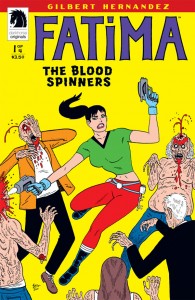 Fatima: The Blood Spinners is a unique comic about a bad ass woman and her personal war on drugs. Not all drugs, just one drug in particular, a drug called “Spin.” Spin gives the user the best, most amazing high they have ever experienced and because of this large amounts of the population are spun out on Spin. Did I mention that after taking the drug the users quickly become zombie like creatures? Why would anyone take Spin you ask, well a carefully crafted rumor has circulated that a cure for the after-Spin effect is in the works, this however is not at all the case. Enter Fatima, a one woman, unstoppable, zombie killer. We learn a little of her back story and we get to see a lot of her in action!

Fatima: The Blood Spinners has an awesome and really unique concept it’s working with. The second I read the short description of it I was intrigued and knew I had to read it right away. The comic (minus the cover) is done in black and white and drawn very simply which makes for a minimalistic, very effective feeling of what’s going on. There’s a lot of gore due to the throngs of dead bodies piling up under Fatima’s feet. This issue gives us a small glimpse into Fatima’s past and ends at a point where the reader has more questions than answers. I’m super excited about this four-part comic and I think it has some really exciting potential!