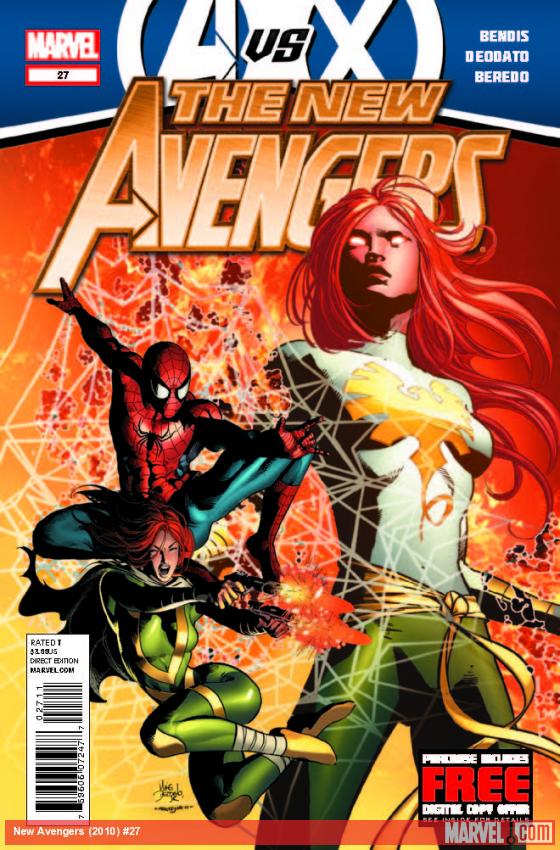 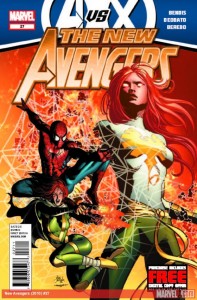 New Avengers #28 whisks us out of the main AVX timeline to flash back to Hope and the final chapter of the legendary Iron Fist who challenge the Phoenix. Unfortunately we did get a bit confused in all of that, thinking the girl was possibly Hope when it was a girl from legend instead. Apologies there.

The issue is a story of training and Hope’s continued struggle with her destined occupational promotion to Phoenix host, given the attachments of doom and destruction it’s understandable she wouldn’t be excited about the prospect. New Avengers 28 drops us back into the realm of the Iron Fist as the story completes and Hope sits confused hoping to know what she needs to do next. Unfortunately with something this cosmic and powerful there’s no way to just tell someone what they need to accomplish, instead Master Yu Ti sets her down to learn her paths that may follow as she empties her mind.

What happens after that point is a shock as her path deviates from the story told to her, instead of pursuing the Dragon she must pursue the Spider and learn its ways to best assist her challenge in saving the Earth and going head to head with something like the Phoenix. It’s here we get some insight that elaborates the moon struggle from AVX #5 and the growth Hope had been searching for to be able to take on the challenge, fortunately it doesn’t throw readers back into the fray as the story is still to be continued between her and “The Spider”. I have to admit that during the issue it gets a bit abrasive to see Hope constantly fighting around with people she should feel confident in, demanding to know answers and not going along with the rituals even though she just heard about the other host doing these things.

Even with that, I can’t knock this side story as it brings humor, elaboration and some tension into the mix. There is no one stop solution from the Iron Fist to handle the Phoenix which is a deviation from everything we’ve seen so far from the other factions involved.