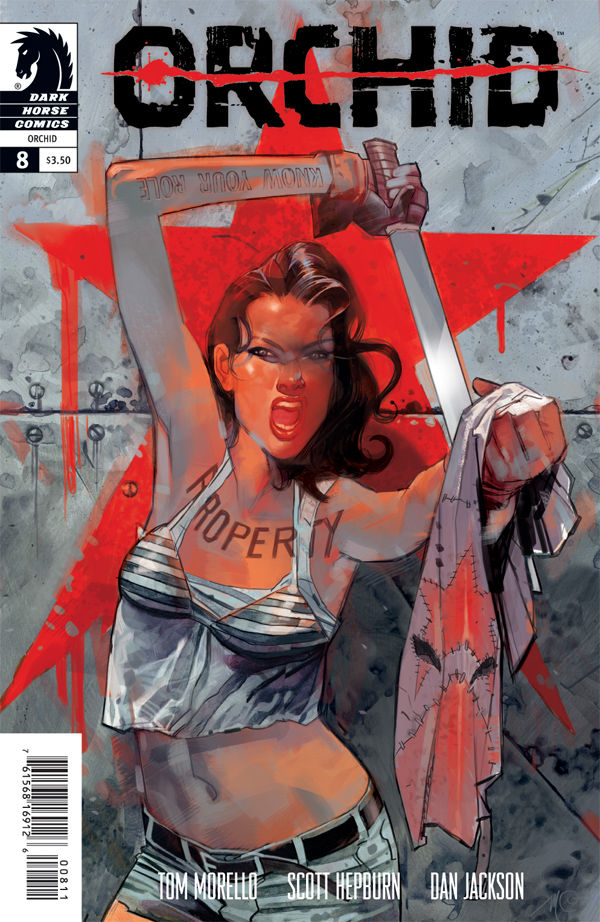 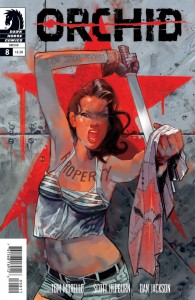 Orchid is having a difficult (to say the least) time dealing with all of the losses that have been piling up at her feet and chances are she hasn’t seen the last death of someone she cares about. As Orchid and her crew are trying to escape from Tomo Wolfe’s thugs, an unlikely hero emerges to save them. After a grunt reports to Wolfe that his prisoners have escaped, Wolfe decides to take extreme measures. It becomes clear very quickly that Wolfe is not your run-of-the-mill bad guy, he’s much more than that, he is pure evil. A man with no heart or conscience whatsoever, the scariest kind who will stop at nothing to “win.” Orchid, Simon and Anzio realize that they are soon going to be outnumbered and that death is imminent. Orchid’s heart and mind seem to have lost all of their fight, that is, until a stunning and game changing revelation takes place!

Beyond brilliant. If ever there were a perfect comic, this would be it. There is so much heart and inspiration on each page, it’s impossible to not become fully immersed in the story and the characters. Orchid
is finally coming into her own and she’s taking the downtrodden and wounded with her. Tom Morello’s writing is heartfelt and flawless. Scott Hepburn’s art is amazingly beautiful. All the pain and emotion is captured with precision and beauty. Massimo Carnevale’s cover is stunning and sets the tone for the entire issue. Everything about this comic is top-notch and REQUIRED reading. If you still haven’t read any issues (seriously?!? This is issue #8?) then you are really missing out on something special and different from anything else out there!