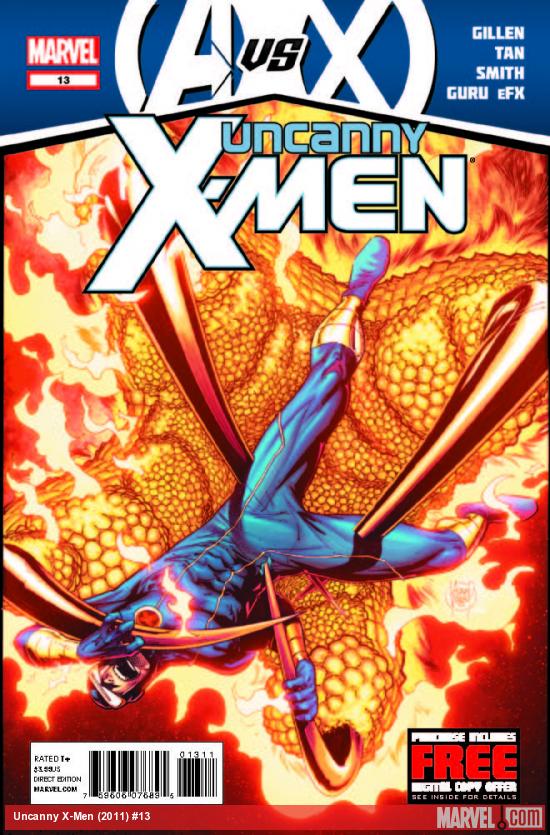 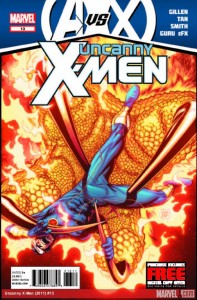 AVX side stories are a bit of a mixed bag, Uncanny X-Men #13 is straight to the point though, taking place as the battle on the Moon goes down from the Earth perspective. It’s a change of pace and helps elaborate on what on earth is going on up there, we see Magneto, Psylocke, Storm and Nemesis seeking cover after the major throw down hit the team. Unfortunately they’re rattled and worn so any trips to space aren’t really in the cards no matter how much they want to go. We also see a branch with Hope’s team and their pursuit to find a way to help or possibly save her from ill-fate as they confront UNIT as we know that’s not exactly the best idea around.

The issue focuses primarily on the UNIT story, everyone is concerned with saving Hope from the Phoenix or being there to help her as the force merges with her body. Unfortunately as one might have gathered, UNIT has his own plans with the Phoenix Force and anyone getting in the way is looking at a world of hurt or at least memory erasing as he disposes them to make way for his plans. Unfortunately just because he wants peace it doesn’t mean he wont stop at utter decimation to get that accomplished either, with Danger as his carefully hidden pawn it makes matters worse for everyone as constant references bring up Danger as a close ally to the X-Men team.

There’s a lot of side activity throughout Uncanny X-Men #13, unfortunately as things escalate and gets worse in AVX for the main story, it’s getting equally as complex in the background to match up. Personally I wish Magneto would have become one of those boosted by the cosmic energy but you can’t win them all, instead we get a taste of things to come which are interesting but not completely essential.