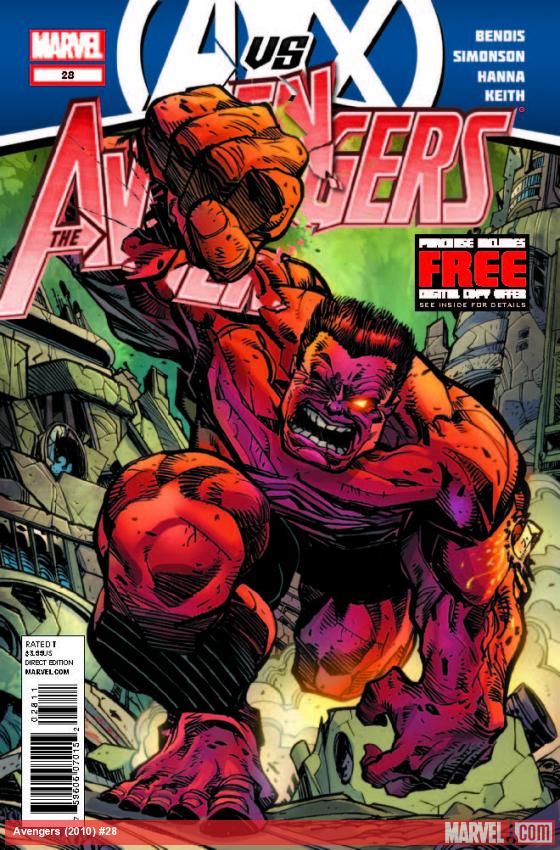 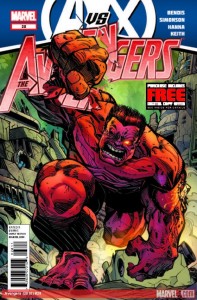 The Avengers haven’t had it easy since the Phoenix Force arrived, getting cut off at every corner as they attempt to defy the X-Men. In fact they’ve been on the run each time they appear as they’re being flushed out of each home they have. This issue focuses on a counter-attack plan though, one which dives into the realm of the forbidden and unspeakable, something Red Hulk is all too familiar with from his darker past.

Issue 28 for The Avengers jumps into this solo story with full force, we see a bit of the thinking behind the Red Hulk and the dilemma he faces as part of this war, he has no personal stake in it and the Avengers as a whole aren’t thrilled about his participation but his power and size make him an alluring ally to have. It’s not exactly the selling point anyone wants to hear about themselves though and it drives him to constantly double think during this return to his dark past.

Unfortunately his plan doesn’t exactly go along magically, instead things go south in a hurry once he reaches his point of action. In a sense all the concerns he had about the Avengers and their treatment of him still played out in this scenario though, sure he’s not a giant beast punching through but he’s still just a tool. Normally I’d feel happy to leave it there when talking about Red Hulk but I do feel a bit of pity on him for all of about 3 seconds and then it’s back to distaste for him again.

Avengers 28 delivers a respectable side story that manages to function within the single issue instead of dragging things on for ages, anyone following AVX will appreciate the issue isn’t tied to another 30 issues in some magical side arc. The art and story deliver a solid experience that leaves the reader satisfied by the final pages.