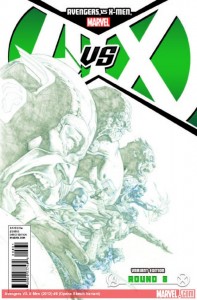 We left the story off with a raged out Namor headed for vengeance in Wakanda, the Avengers were hiding out in the city hoping to figure out a solution to prepare Hope to help battle the Phoenix Five and the Phoenix Force itself. Unfortunately where things go in issue 8, well it’ll raise the urgency and also send the Avengers running for cover in the process, Namor isn’t the coolest head in the Phoenix Five and we get a dose of that in this issue.

Given the constant run-in events with Scarlet Witch it was a given there would be a breaking point for tolerance on why they didn’t try to take her out with a greater strike. Namor with his temper issues was the first to reach that fallout point and after getting a tip he waged full-scale war with some of his army from Atlantis on Wakanda against the Avengers in a pure rage for their defiance to this new order in the world. The act itself is huge but the battle is even larger, leaving the Avengers beaten and doubtful and making huge power balance shifts for the Phoenix Five.

Major changes do hit this issue, we see a Phoenix avatar step back and we see something long coming for Red Hulk as well, as I’ve stressed before I honestly felt he was completely boosted above reason in power and this brings the story back down to earth a bit.

With this arc drawing to a close soon one has to wonder what else they’ll pull out of the box for this series, Hope is clearly training to tackle the Phoenix Force, there are new developments about the power distribution among those chosen and we see a new factor from the mutants come into play. To top it all off we haven’t even seen all the side story elements play out yet either. Bendis and crew better have some really good twists up their sleeve to keep this whole thing running until the final act. 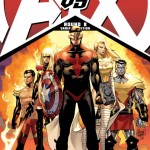 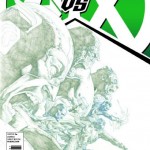 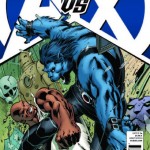 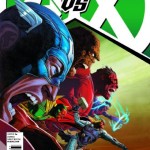