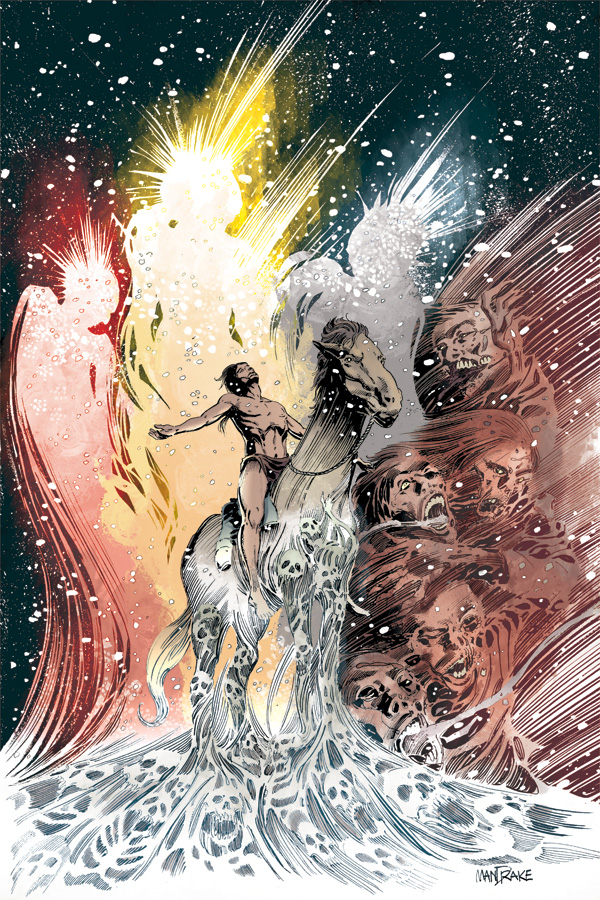 Teased during a thrilling “Drawing on Your Nightmares” panel at San Diego Comic-Con, this new horror series is written by Lance Henriksen and Joseph Maddrey (Nightmares in Red, White and Blue: The Evolution of the American Horror Film), with art by Tom Mandrake. To Hell You Ride marks Lance Henriksen’s comics debut!

A deadly curse plagues the small town of Telluride, melting the flesh from its victims—it’s the violent revenge four warriors set in motion when their sacred burial grounds were disturbed for the sake of gold miners’ greed!

Praise for the work of Henriksen and Mandrake:

“Mandrake is an artist who deserves to be a superstar.” —Comic Book Resources

“Henriksen’s undeniable talents as a storyteller are on full display here.” —Rue Morgue