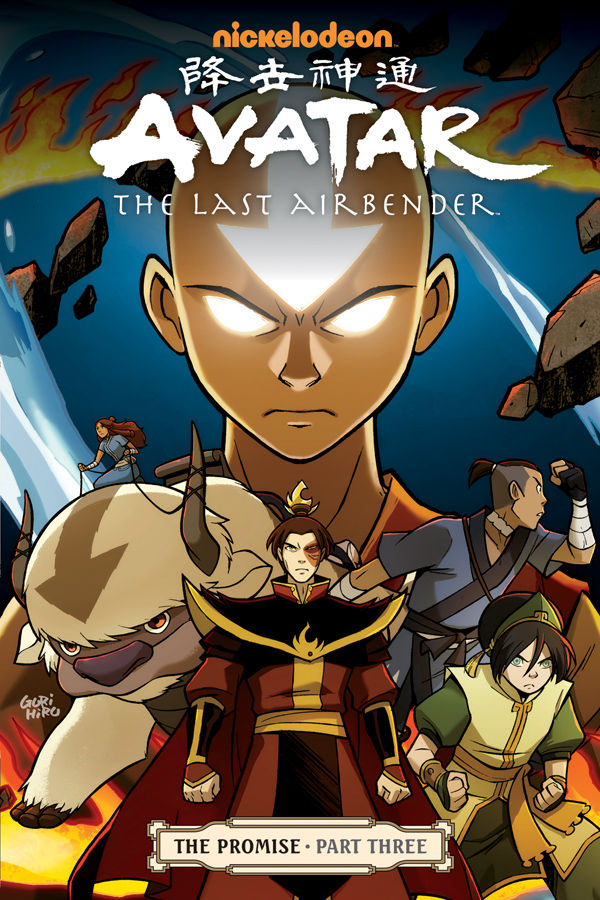 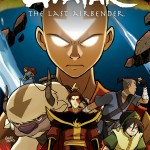 The Promise Part 3 is the latest and final installment to the Promise series for Avatar: The Last Airbender. We see a climax filled with battles, humor and even  a touch of romance with so many relationships in turmoil from this push for Harmony. Will there be a tidy closure to this whole arc or will it just go on? Readers will have to go on to find out, or they can just check the spoilers and find out that way.

The Earth and Fire reach their breaking point at Yu Dao, the time to abandon the city has come to a close and someone has to go. We see the group reunite under the tense atmosphere and face down not one but two armies bent on staking their claim no matter what the collateral damage is. Worse off is that Aang is facing his own demons or at least spirits on where he should stand, fighting his obligation as an Avatar and his emotion as well. With his master at odds with him there really is no easy out to this conflict and with no time left he’s putting numerous lives on the line to find his answer.

We see Aang push himself to grow, not just as an Avatar but as his own spirit, in the process though he’ll shape entire nations or destroy them based on what he allows himself to do. Surely as the Avatar he can find another option? Part 3 focuses on the culmination of all the growth we’ve seen around Aang and how it forces him to find his own ground.

[spoiler show=”Show Part 3 Spoilers” hide=”Hide Part 3 Spoilers”]Aang finds himself out of time in this battle, the Earth Army arrives at the gate with a demand to clear the fire from the city and claim it as their own, putting anyone in jail who remains. Despite his best efforts to buy time it doesn’t pay off, Katara and Aang face down a mob set on breaking down the walls and using pure force.Zuko is already en-route to the city and in intense debate of what to do, facing down the demons of his father trying to create harmony but at what cost. Going to the brink of war while distraught over what the right play in all of this is. Once the showdown begins Zuko begins to lose himself in the fight, through only the miracle of a decisive friend is he able to stand down after going to the brink and faces a pitfall that could extinguish him forever.Sokka, Toph and Suki reunite for battle, their challenge being one of the greatest as they have to buy time for Aang while taking down the Fire Army heavy armor moving toward Yu Dao. It’s a comical push as the group thinks on the fly and uses their abilities to save the day, well until Toph’s trainees join the battle to help them in their fatigued state.

Katara spends much of the book debating on how to approach Aang over the movement and how she’s at odds with this entire challenge in Yu Dao. They’re attempting to break up friends and family and eventually each other if this push continues forward to break apart the clans.

The Promise Part 3 wraps up with Aang reaching his latest growth, pushing forward to say no to tradition and to start the chapter of his life where he becomes his own version of the Avatar. He says goodbye to his predecessor, his fate and he forges a new path dedicated to the changing times and climate of the world, this isn’t about tradition, it’s about the future. He splits Yu Dao from any joining land and sets it free in his own way, taking it away from the Earth and Fire nations and forcing them to acknowledge the mixed community living together.

We conclude with Aang and Zuko questioning their path, their future and what fate has coming, Zuko still focused on his mother and the dream they both shared of their battle. A face from the past returns as Zuko engages his final play to find information on his mother, it’s a gamble but one he’s willing to take. With that said, our arc ends and The Search takes the stage in March 2013 as Zuko, Aang and Azula journey on.

Avatar going into these arc’s is a welcome shift, although the crunch of time between books is hard to swallow, unfortunately there aren’t many alternative options and each volume attempts to pack in enough details to keep you entertained until the next release hits. The Promise brought a lot of growth to the entire cast of Avatar and brought new light on Aang and his relationship or acceptance of his relationship with Katara as something more. Avatar: The Last Airbender – The Promise is a series well worth reading if you’re a fan of the show and even if you’re just getting into the story. Do yourself a favor and at least look at the preview pages to see the high quality art and writing that have been invested into The Promise.

March can’t come soon enough, we’ll hold steady for it though as Zuko takes the stage and new layers of the plot unfold.