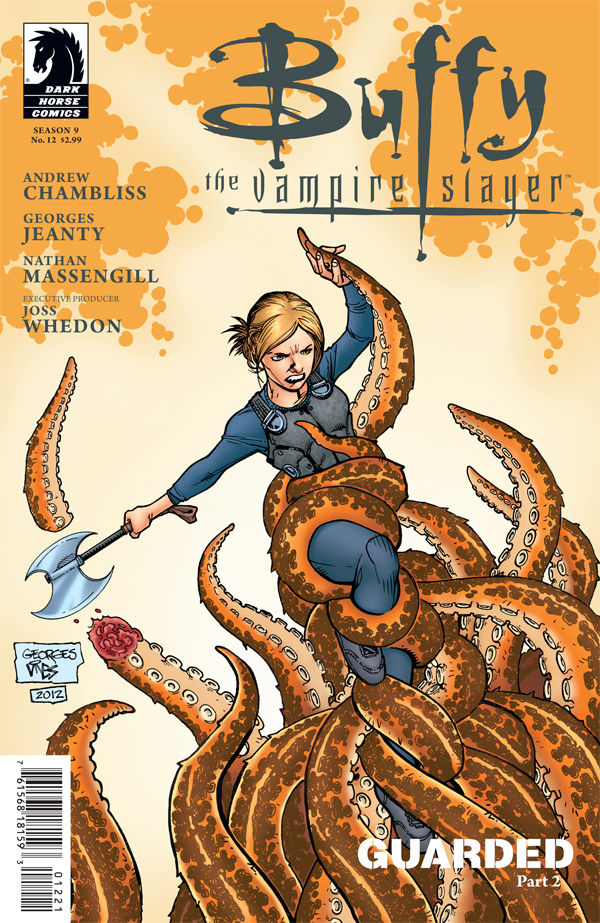 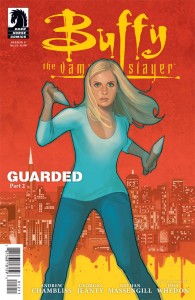 Buffy is settling in quickly to her new role as bodyguard. Along with Kennedy, she is on duty protecting Theo Daniels, founder of TinCan. This isn’t your run-of-the-mill protect the rich and important computer nerd, Daniels has Wolfram and Hart after him and Buffy has her hands full. TinCan is a social networking site that Wolfram and Hart hired Daniels to create, and even with magic not existing on Earth anymore, the complicated code that he created allows other-worldly portals to remain open. The solution to the problem quickly becomes evident however, as always in Buffy’s world, it won’t be easy. Buffy calls on an ally for help, who as it turns out may not be as trustworthy and forthcoming as Buffy would have hoped! 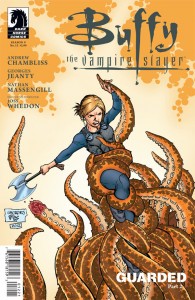 This issue has a lot of action. The Wolfram and Hart storyline is exciting and it will be interesting to see what their next move will be. This issue has the feel of a stand alone issue even though it’s part of an arc. I’m not saying this is a bad thing but how it all comes together will also be interesting to see. Like I said in my review of the last issue, I’ve never been a big fan of Kennedy but her role in this issue is minimal and my annoyance level with her was low. Buffy seems to have calmed down a little bit in this issue, which in my opinion is a good thing. She previously felt frantic and lost and she seems more on track here. The betrayal at the end of the issue was a shock and I can’t wait for Buffy to lose her s#!t in the next issue!