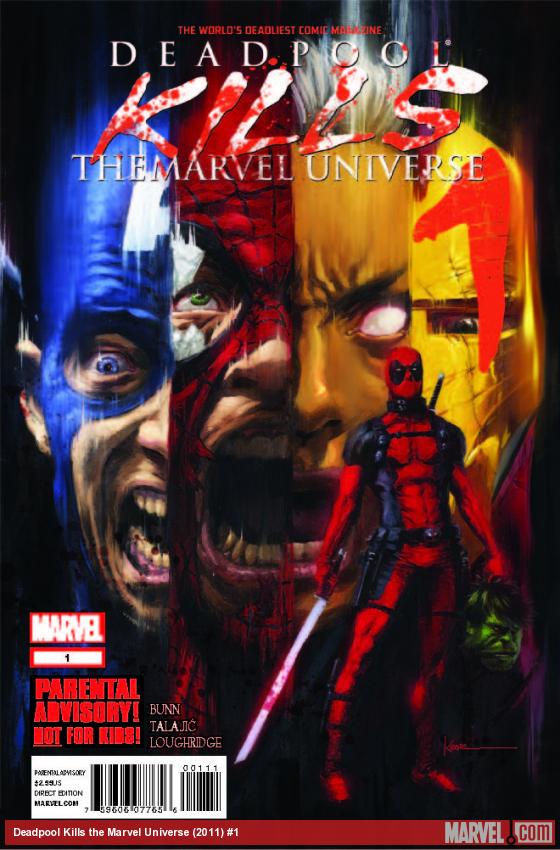 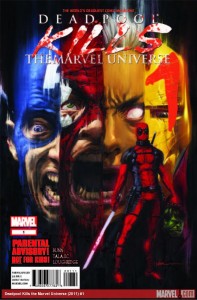 There are many instances of What-If? In the Marvel Universe, of entire teams never existing, of heroes gone horribly wrong and so many other topics. This month we see a twist on that, a violent twist at that where only one character can possibly be responsible. Yes Deadpool is back and he’s murdering everyone.

It’s not so bad though, the story opens and we see that one famous Marvel family is out of the running but it’s not a far enough drop back into history so we go deeper and into the origin of this massacre or what sparked it entirely. The Watcher is our guide to the tale and it’s a pretty messed up one at that. We all know Deadpool isn’t all there, we all know that he can get a little crazy when money comes into the situation and that even in his worst times he can be brought down.

Instead of shooting him off to a new dimension, the X-Men opt to send him to a doctor for a special set of trials to “fix” his mind from all this destruction and violence. As with any Deadpool scenario, it gets bad fast and it’s only a bigger mess as he continues to fix it or make sense of it. Buildings will burn, bodies will fall, people will melt into unrecognizable puddles of… stuff… and Deadpool will become the nightmare killer we never really saw coming. We’ll have the issue 2 coverage up shortly so if you’re curious how bad it keeps getting, we’ll give you some hints without ruining the details.