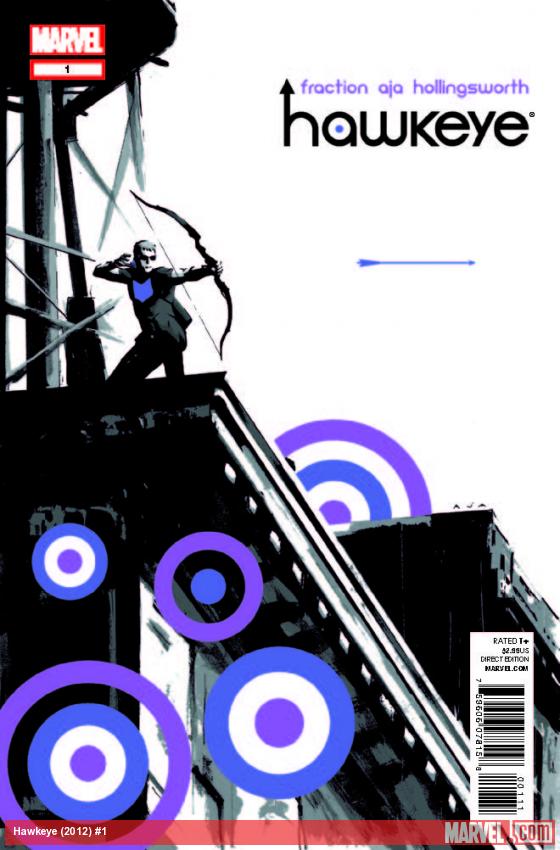 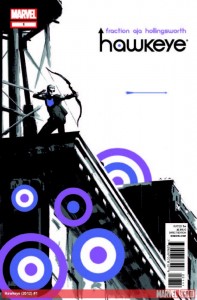 Marvel broke the news on the new Hawkeye release earlier this year, no one really knew how well it would pan out until that first issue hit. Well, issue 1 is here and it’s time to see how this massive grouping of talent works out.

We see Hawkeye outside of his usual element with the Avengers, fighting crime against local crime and dealing with his everyday life outside of saving the world. It’s a unique tale that promises to shed a less glamorous and spectacle filled take on who he is and how his life is outside of those life or death moments, well I shouldn’t say that. Clint Barton manages to get himself into difficult situations no matter where he goes in the world, even in his own neighborhood.

We catch Barton recovering after a mission, his injury putting him on the disabled list for a good period of time until he can catch up and join the Avengers again. In that period though he gets familiar with his old neighborhood and lets off a bit of steam that built up during his hospital time incapacitated. We get to see his home life, what he really wants out of his days and where his sense of justice and fairness really roots itself at. While He’s just a regular guy, he came up through a rougher past and so he’s not the flying stars and stripes representative that we see out of Captain America.

In fact it’s through this book that it becomes clear how Cap and Hawkeye have so many difficulties, easily inspired in battle with him but outside of that he’s very much a man to his own devices and sense of action. Going to far to tell people as Clint, not even Hawkeye, how it’s going to be and making sure to drive that point home using the skills he’s honed to perfection as Hawkeye. There’s humor, tension and a sense of drama and pity for him through the pages, he fights for the underdog and even for dogs and it makes you think of the guy a little different. As a launch issue it takes a calmer tone and works to round out his opening story without feeling rushed and it’s a genuine relief to see given how fast so many other series are moving right now.