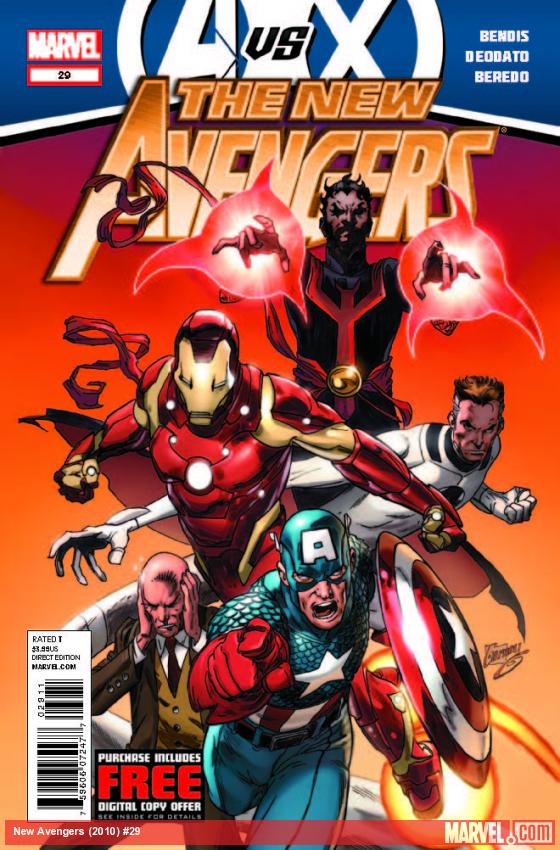 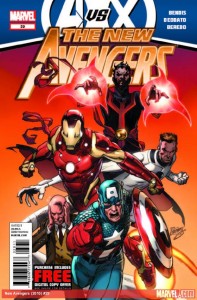 In an earlier time during the AVX saga there was a moment, a key moment where Captain America and the world deciders wanted to hope for something else.

New Avengers #29 jumps into the time machine, we see the secret council brought together one more time in the darkest hours of the Phoenix taking over and the Avengers feeling helpless to it all. The same group that debated the fate of Hulk and so many other cases in private for the good of the world. It’s not something they pride themselves in, instead they often debate and dread the grouping of the team as it always brings so much conflict and a deep seeded sense of regret for the outcome that follows.

For Captain America, this reunion isn’t just about doing something for the Earth, it’s about trying to understand where times split and how to get back to a sense of normal again. With the group so emotionally split it’s a tough debate that follows and leaves them split on where this all will go, so many are at a crossroads given the advancements to humanity and the world that going against it seems equally as damaging. We get an insight into Reed Richards as well and his MIA nature in this whole battle.

It’s a good read and it helps explain why Captain America is so torn apart on what he’s doing, he knows what these changes bring but it’s the condition that lurks on him and drives him to create these resistance attacks. For those following AVX that want a good break from the battle and a bit of time to feel bad for Cap this is a solid read.