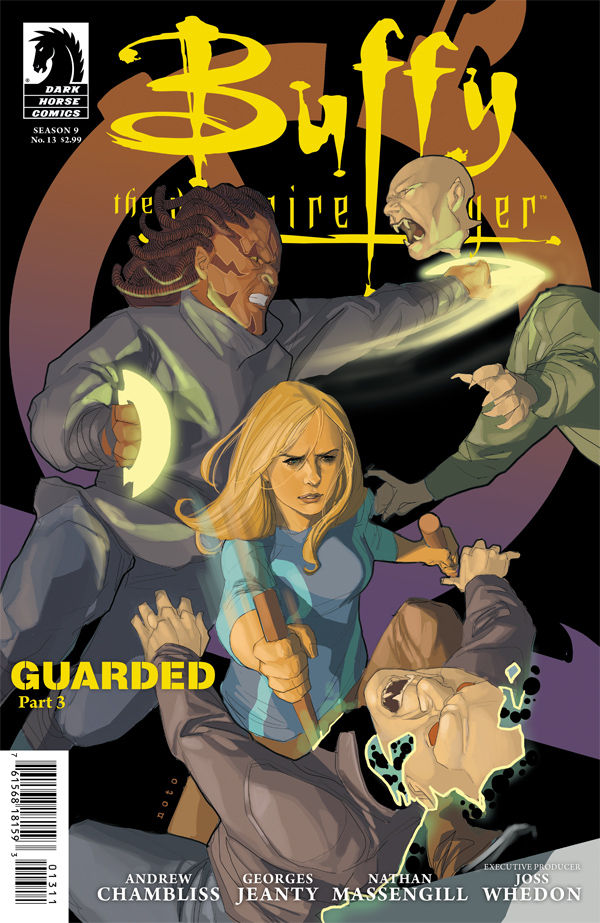 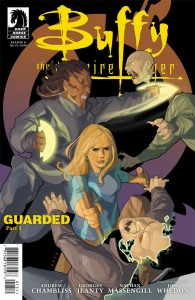 Buffy’s in a standoff with the demon and one time ally Koh who, unbeknownst to Buffy, has turned on her and is in cahoots with Wolfram and Hart. Koh has agreed to kill Theo, creator of TinCan, the social networking site of demons everywhere as long as he is given the information on who imprisoned him a long, long time ago. Buffy, who is doing her best to reason with Koh is having no luck and finds herself in a very tense situation. Theo tells Buffy that she must leave him and destroy TinCan instead of saving him which she reluctantly does. On her new mission, Buffy finds Kennedy who has a big bump on her head courtesy of Koh’s over-exuberance. Some not too friendly words are exchanged between the two women (as well as some punches) before they devise a plan to save Theo. Will they save Theo’s life and will TinCan finally be destroyed stopping Wolfram and Hart’s evil plans (at least for now)? Most importantly, has Buffy found her new calling and will she leave saving the world in the past for the prospect of some fat paychecks? 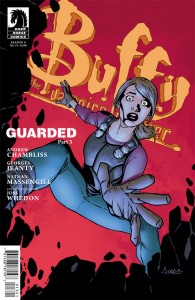 This issue is good but unfortunately I don’t care for a lot of the main characters. Theo and Kennedy are not particularly likeable or entertaining and Koh has potential but never seems to get there. Buffy needs to find herself quick because this little girl lost act is going on too long (in all fairness she may have figured it out in this issue). Without Buffy’s supporting cast something just feels like it’s missing. There hasn’t even been a mention of Xander or Dawn. I know Spike’s off finding himself, Willow’s trying to restore magic with Angel and his crew but Buffy seems to have no one. She’s pretty much alone and it’s kind of sad. The writing and art are both very good but I think Buffy’s voice has gotten a little lost along the way. I’m not ready to give up yet but I think the comic needs a little tweaking here and there to get back on course.