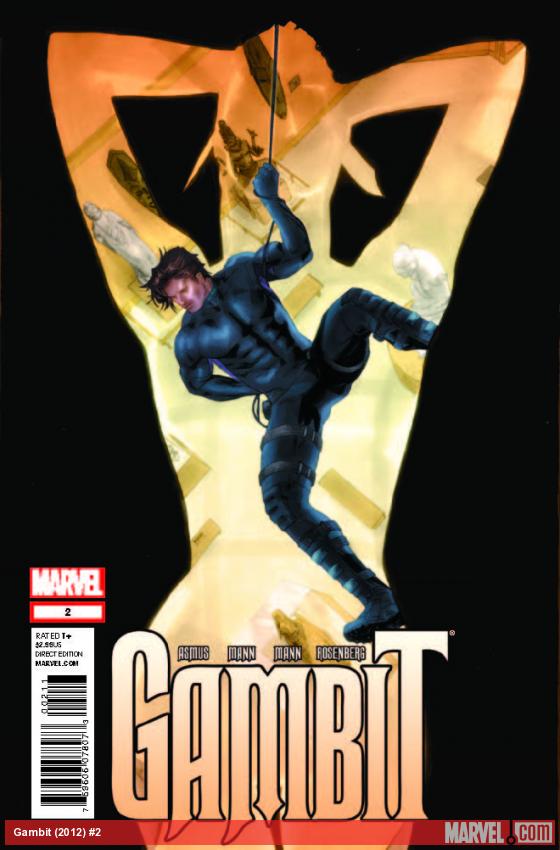 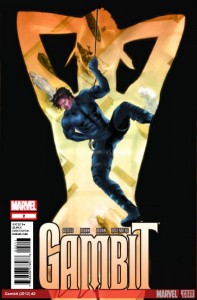 Gambit has stirred a hornets nest, the nest belonging to the money man Borya Cich who has his hands in numerous super villain attacks and plots. Using his current job at the Jean Grey School to sneak into the gala and play around in the riches and depot hidden away he quickly finds himself knee-deep in the heat. Thanks to a quick save from someone enamored with his charm he’s able to break away but the he stays on him. Did I mention he also managed to activate an ancient relic that buried itself in him? Yeah he managed to do that as well.

Gambit #2 “Can’t shake you loose” continues right from the path, he’s trying to figure out what this thing is and how to get rid of it and any option feels like a good start to him. Unfortunately, all roads really do lead to Cich so his future is going get an extra dash of difficulty trying to track down the origins and how to get rid of it before it gets rid of him. The issue is filled with snooping and thievery and Remy running into a familiar face in one of the most inconvenient times possible. Sounds like a wonderful trek right?

Gambit brings his passion for pretty things, messing with the bad guys and swooning the women to the table. It’s entertaining and action packed while retaining elements we’re used to seeing in current X-Men franchises right now. For X-Men fans hoping to see Gambit knee-deep in only trouble he can find, the series is gearing up to deliver on that expectation. Hang in for a few more issues and I think we’ll see some intense moments for our Cajun.