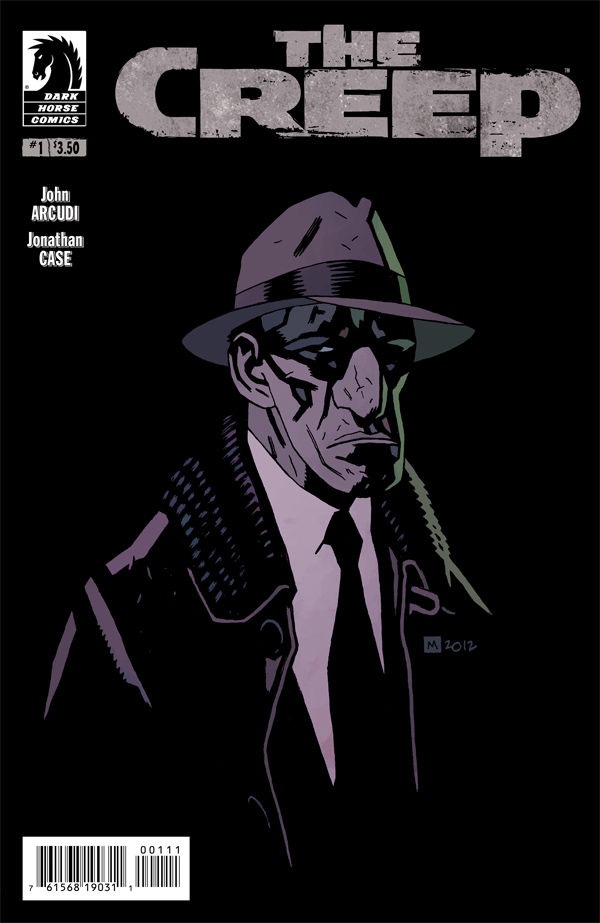 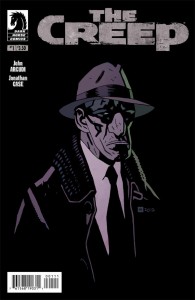 The Creep returns to us for a new issue, we join Oxel in his continued pursuit to find the truth about the suicide of a child belonging to one of his past romantic desires. Unfortunately we also see quite a bit of time has been lapsing since the #0 issue took the stage and a worried Stephanie is trying to keep Oxel fighting to find the truth after a disturbing series of investigations as he started the case. The period between those encounters hasn’t been kind, Oxel’s health is continuing to deteriorate and we see a very conflicted man pushing on through the story.

The problem seen in The Creep is that we’re leading nearly 3 stories at once and it’s also an investigative pursuit on top of all else. Honestly it’s frustrating to see so many elements at once but you can’t help but feel it’s taking on a cinematic approach of layering the madness until it comes to a boil. One can only hope the introductions of possible addiction and disillusionment don’t make this difficult case any more of a mess than it already is with so few leads available to Oxel.

It’s a hard job being a detective and it’s even worse with uncontrollable disease, physical disfigurement and a budget that barely allows for a cup of coffee. Oxel has his work cut out for him as he fights his own internal debate on how deep he wants to go with this case, seeing the situation of the families and the growing level of conflict between everyone can’t be that helpful. We do see signs of conviction coming back toward the final pages that show there’s some movement coming but one has to wonder if it’ll be enough to keep this nightmare scenario rolling?

I have faith in Oxel and while mixing booze and meds is certainly not a great idea on his part, I think he’ll be wise enough to get it together to face this whole situation head-on and give us some new twists as he gets his feet wet again.