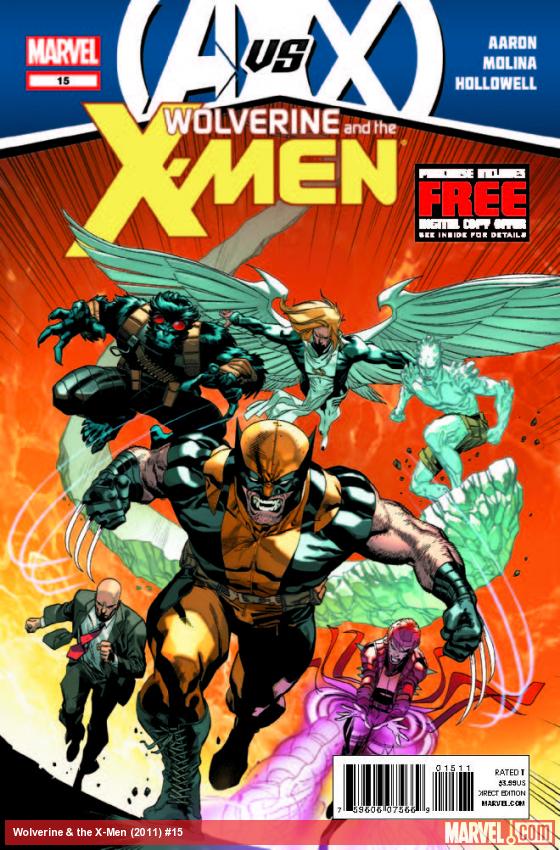 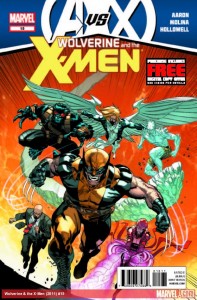 Taking place just after Avengers Vs. X-Men #10 we’re launched into Wolverine and the remaining X-Men gearing up for a war with the remaining Phoenix Force hosts. Scott and Emma are the last two remaining in the battle and their power has grown to intense levels, with Emma losing her grip on control the X-Men are forced to take on a battle they may never return from.

The issue is a social call in many ways and an attempt to cross over the members of the Jean Grey school with the Avengers to show some cross chemistry between them. We see new advancements to strike back at the Phoenix Duo as they reach new levels of power and the Phoenix itself is starting to leak through the cracks breaking their control. Hope steps forward to acknowledge her role in all of this while the Avengers get lost in trying to find solutions excluding her.

It’s a fun deviation from the regular story, although one has to wonder what will come next given we’re looking at so much possible salvation and hope for the group in these dark times. Will there be a happy ending? It seems doubtful but there are some major changes in the issue that support a turn around for the Avengers and X-Men that join them. We see some lost faces come back into the fray such as Xavier who was very much sprinkled in throughout the story until now and even Rachel.

For those following AVX and watching their pockets, this is a worthwhile investment as it brings some nice character building to the story. The only real downfall is how Molina handled the art for the issue, I have to say it’s really confusing to see these strange squished heads for Wolverine, Hope and a few others. The expressions are pretty good for the other mutants, environment and especially between Ice Man and Kitty as she gives the best eye roll I’ve seen in ages. Sometimes experimentation isn’t the best thing to do and it really showed on those few panels.