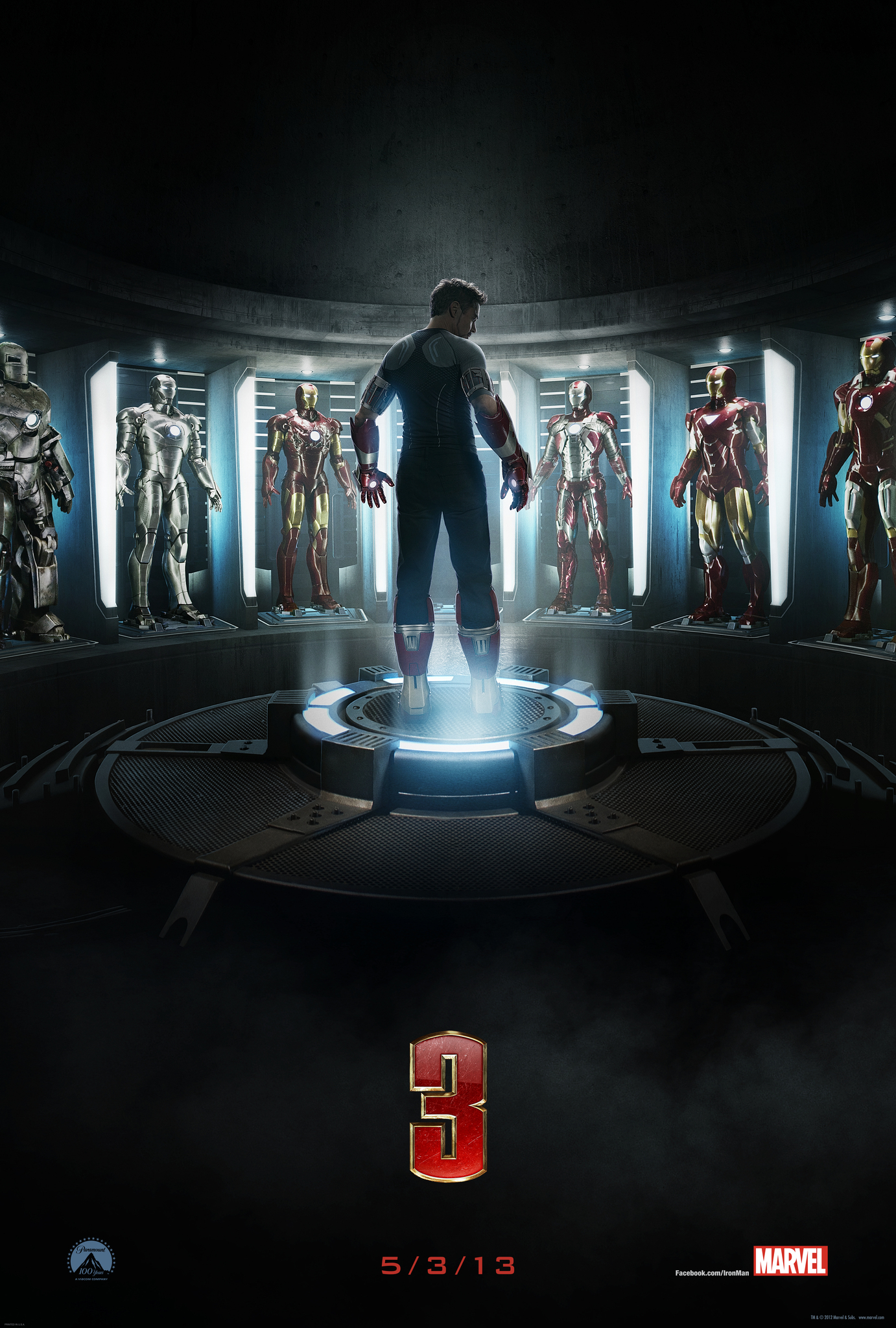 Marvel Studios upcoming picture Iron Man 3, the seventh installment in the Marvel Cinematic Universe and the first major release in the franchise since the Avengers movie crossover is officially set to hit this may, Director Shane Black and Producer Drew Pearce are bringing Warren Ellis “Extremis” story arc in Iron Man 3. For those who aren’t familiar with  the Extremis story it was  first a six-issue comic back in 2005-06 that is regarded as one of the best Iron Man stories written, each of the past films have taken cues form the fan favorite arc. This time around the armored hero will have  to deal with his archenemy The Mandarin, who in this film is a he leader of a terrorist organization.

Iron Man 3 will hit the theaters May 3, 2013, checkout the Theatrical trailer.